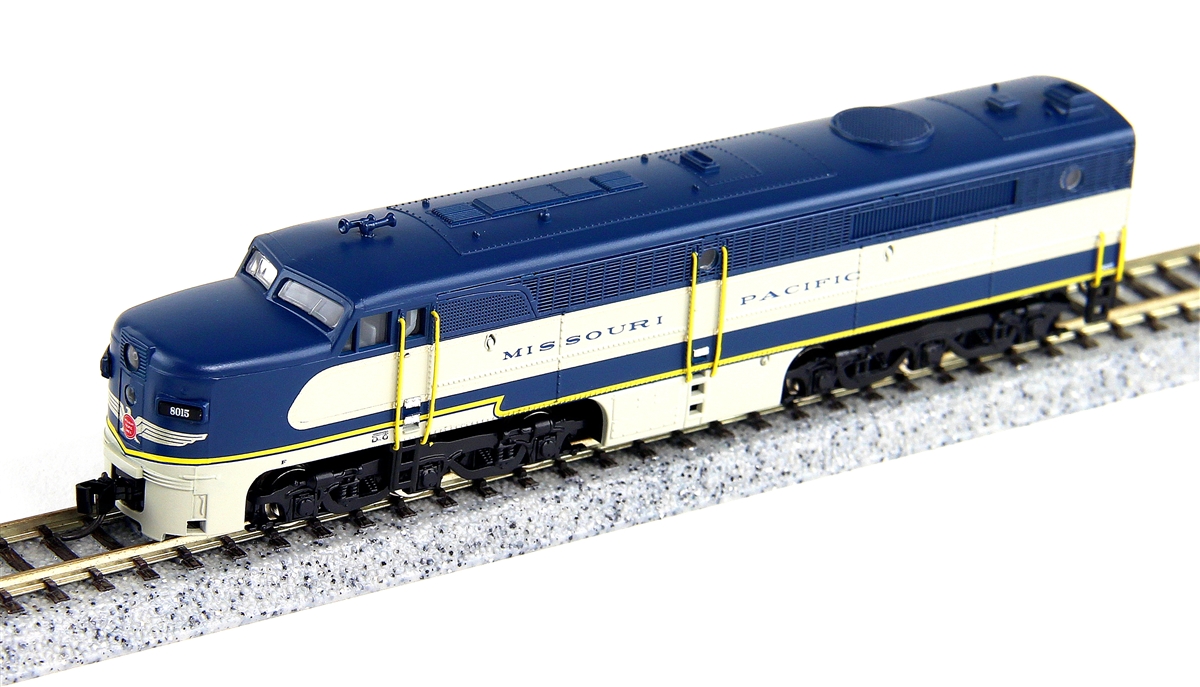 Model Information: Introduced: circa 1967. Here is how Arnold describes this model in its 1967-68 US Catalog: All wheels are powered and pick up electricity. Chassis and frame made of die cast metal. Body made of super detailed unbreakable plastic. Glass enclosed cab. Illuminated headlights and numberboards. Automatic couplers at both ends.
Available in Powered or Dummy (non powered) A units - later unpowered B units.
This was the second generation of N scale locomotives by Arnold, a clear departure and much better runner than the previous F9 model that was discontinued when this FP9 was introduced. An easy way to distinguish both models is by the truck sideframes: F9s have flat metal truck sideframes without detail, FP9s whereas have detailed plastic truck sideframes.
The earlier models were imported in the USA by Revell and available in a Revell packaging.