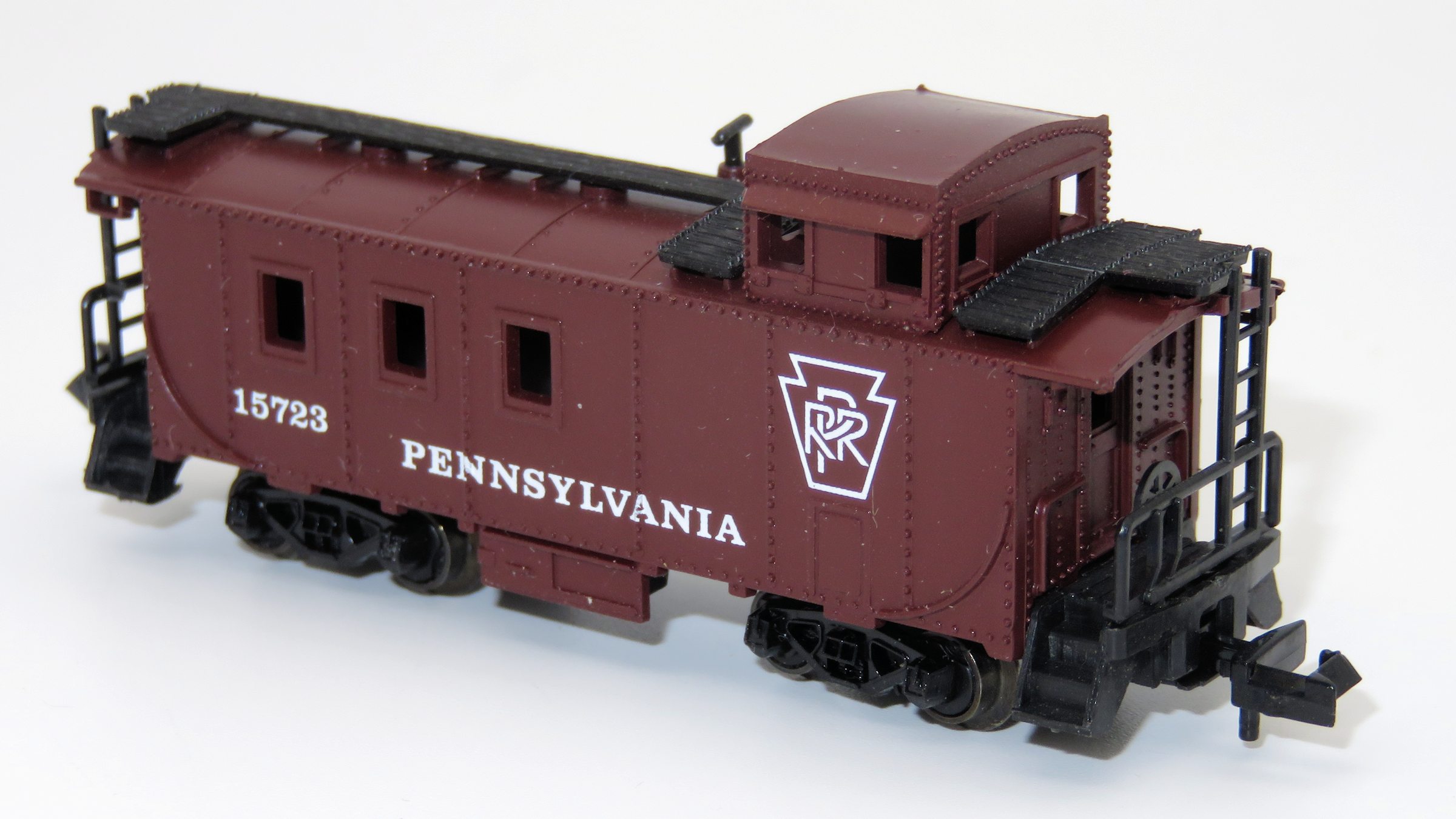 
Model Information: This model was first produced by Roco for Minitrix for import into the USA by Aurora as part of the "Postage Stamp" series of models. It is a model of a generic steel offset-cupola caboose. Unlike the similar model made for Atlas by Roco at the same time, this version carries a total of 8 side windows (five on one side and three on the other) whereas the Atlas version has three and three. Interestingly, when Atlas decided to make their own tooling for an offset cupola caboose they went with the five/three layout similar to the Minitrix version. It has also been imported by Model Power.