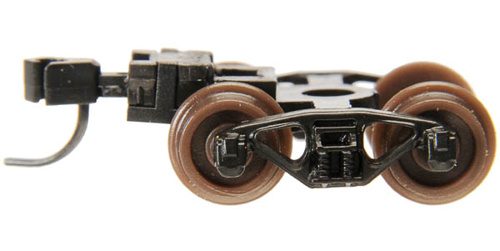 Model Information: This model has been around for a while. The originals were produced by Kato Japan operating as Sekisui Kinzoku. Later versions were made in China. The models are based on prototypes from the late 1950's and reasonably accurate though somewhat "generic". As of 2016, these have been produced in 40 road names across 7 different varieties for a total of 280 cars. Each road name has a Baggage-Mail, Baggage, Coach, Sleeper, Dome, Diner and Observation variety

The models are currently available in both Micro-Trains Magnetmatic? couplers as well as Con-Cor's "Rigid Face" couplers. They are fully assembled "RTR" models with detailed interiors, and add-on lighting kits are separately available.