Please help support TroveStar. Why?
There is 1 user who wants this item.

Collectors value this item at an average of 16.99 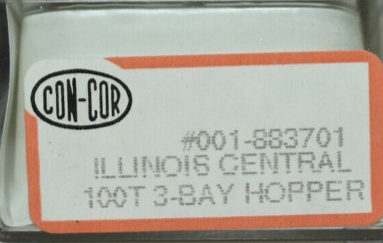 Model Information: These models were made in China for Life-Like by Sanda Kan. They were also imported by Industrial Rail and Con-Cor. They have been repainted by Bev-Bel. They are sometimes referred to as "45 Foot Rib Side Hoppers". They have nickel-silver plated deep flange wheels and Rapido Couplers.