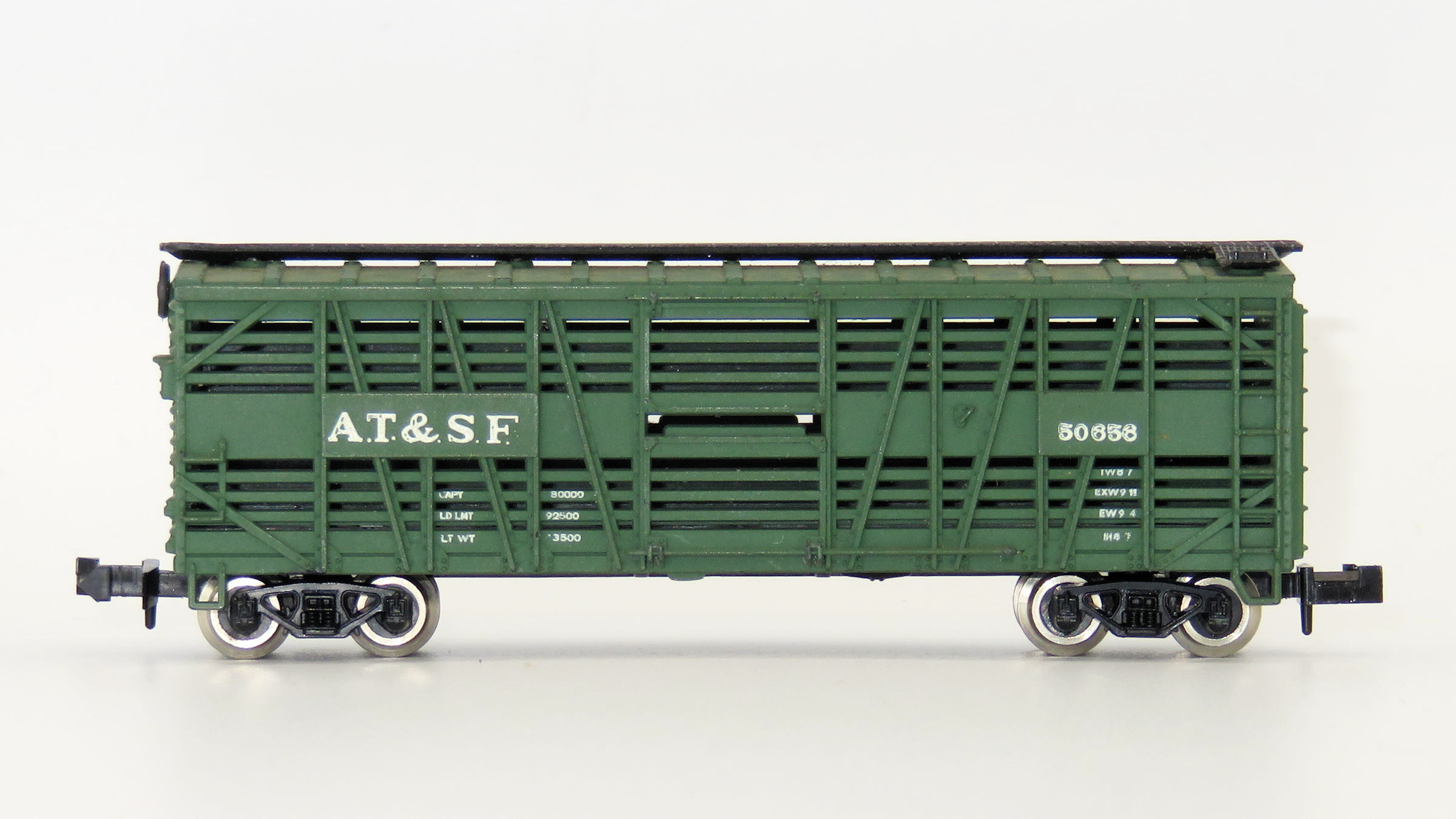 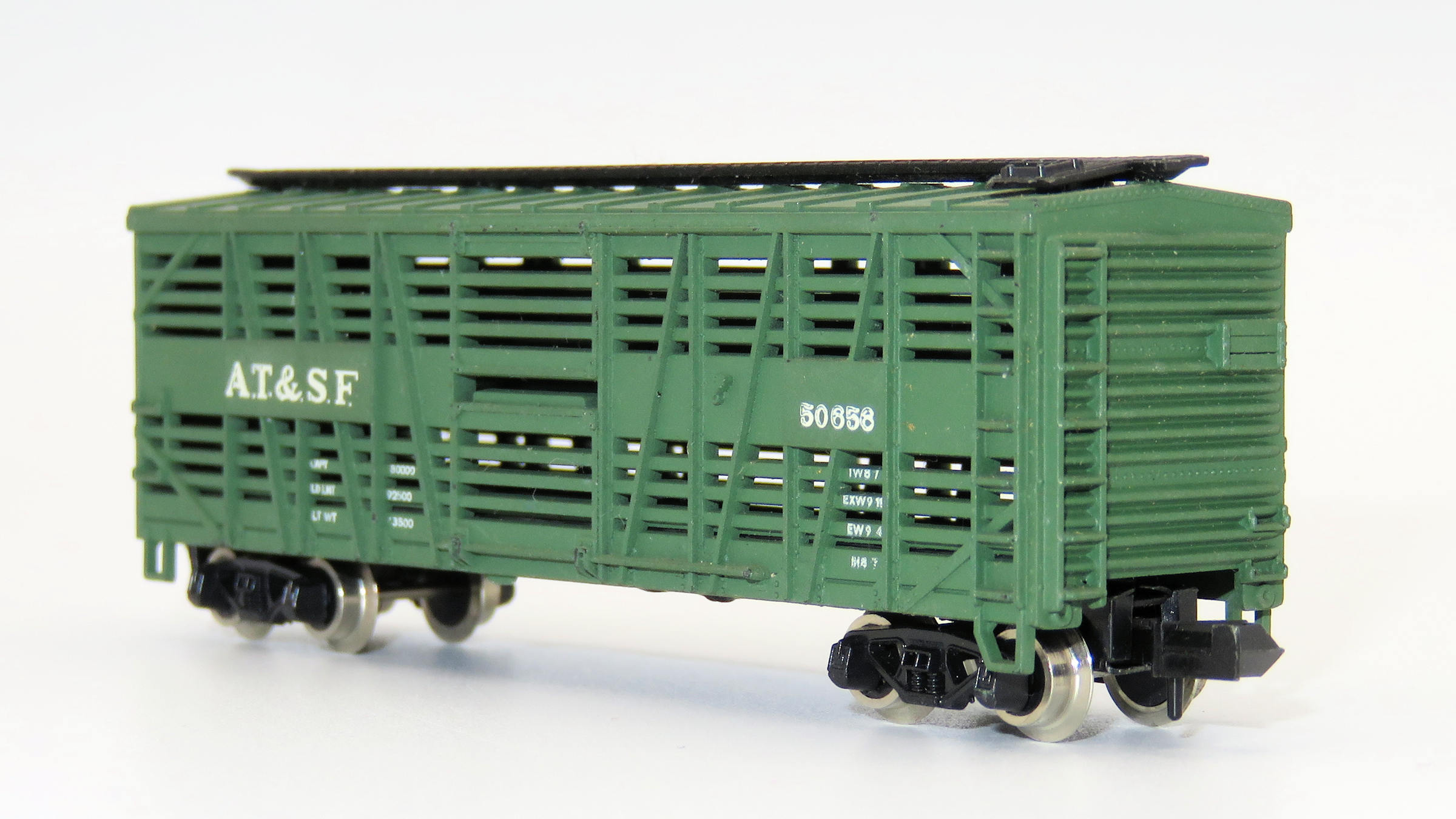 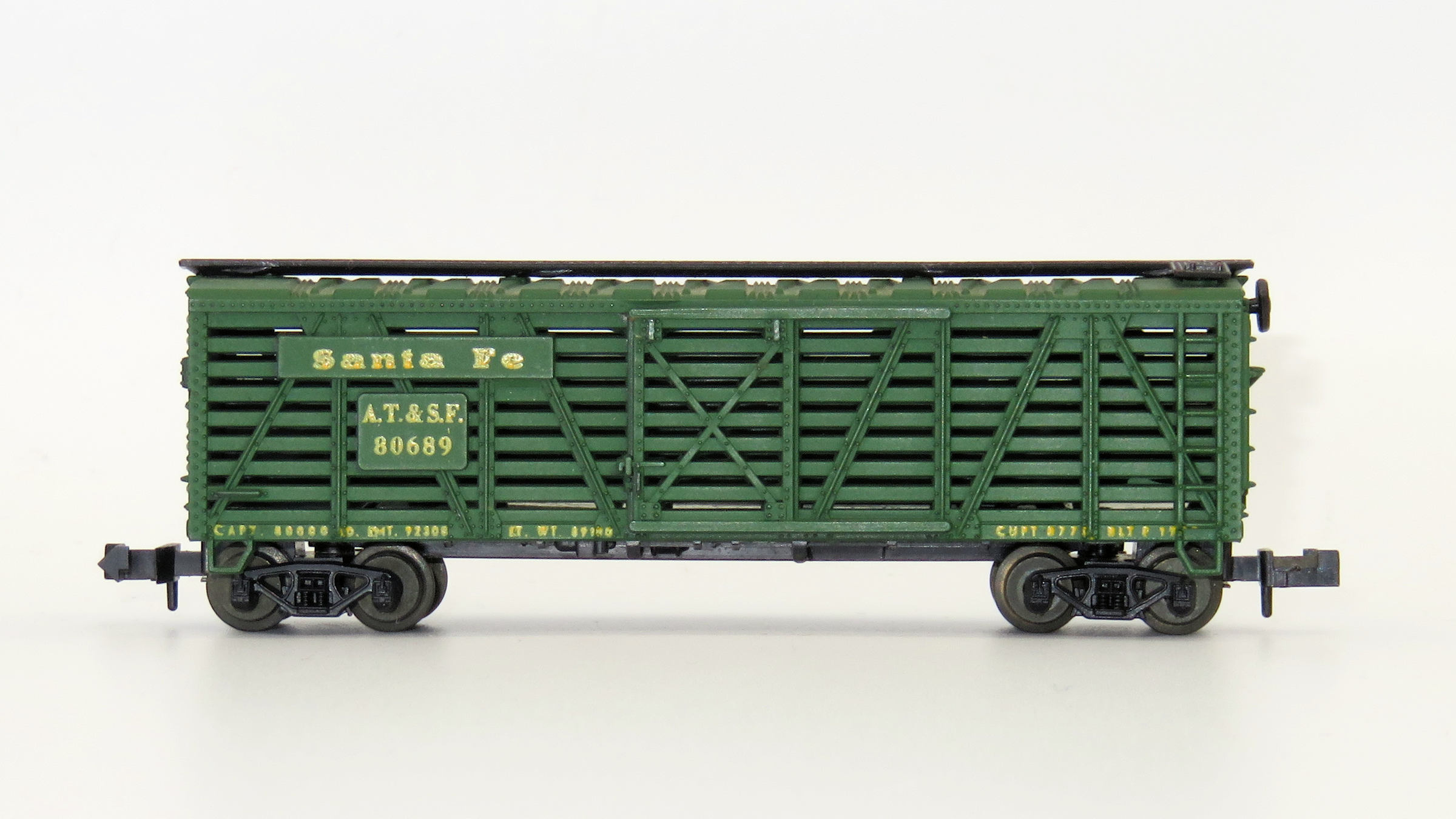 Specific Item Information: Labeled at the frame with ATLAS CHINA


Model Information: Produced by Roco and imported by Atlas in the late 1960s, this car was produced in four different road numbers. Atlas replaced this model with their own in-house tooling in 1971. Roco ALSO produced a very similar 40 foot 'Composite' stock car during the same period which was imported by Aurora as part of their Postage Stamp line. Minitrix used both Roco body styles as part of their product line.