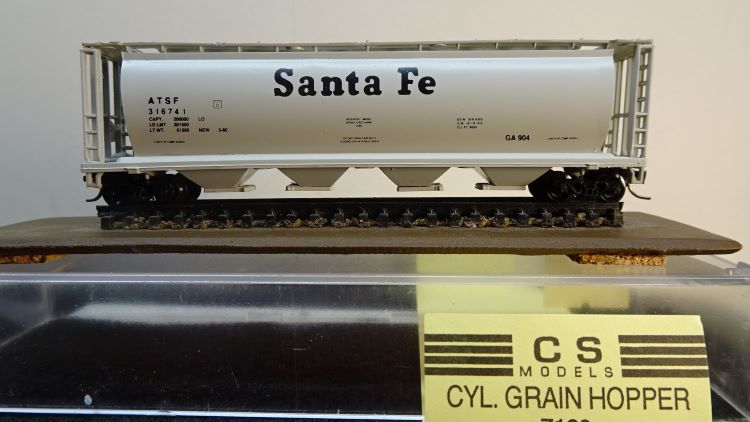 
Model Information: CS Models produced this plastic Canadian-style grain hopper kit in the 1980s. As a kit, trucks and couplers are not included.