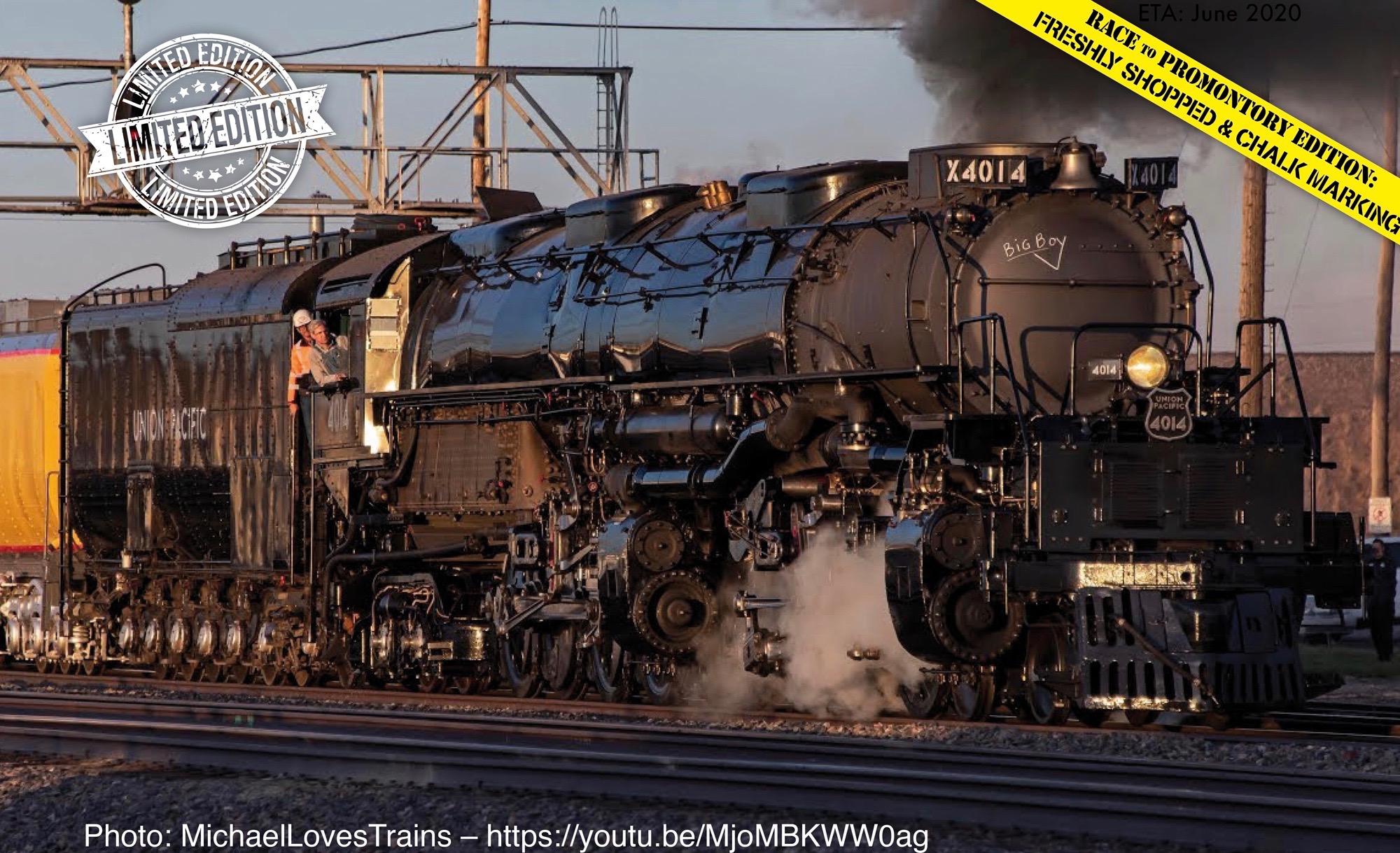 Specific Item Information: UP #4014 PROMONTORY FEATURES:
Great Race to Promontory versionwith oil tender from UP 3985 per prototype configuration Reporting marks only on rear tender face per prototype 2019 configuration Freshly shopped shiny appearance Commemorative box Chalk marking âBig Boyâ factory applied to smoke box face, per prototype during summer 2019. This marking is a subtle nod to history and ALCO legend. See details on the last page of this order sheet.
Big Boy No. 4014 was delivered to Union Pacific in December 1941. The locomotive was retired in December 1961, having traveled 1,031,205 miles in its 20 years in service. Union Pacific reacquired No. 4014 from the RailGiants Museum in Pomona, California, in 2013, and relocated it back to Cheyenne to begin a multi-year restoration process. In 2019 UP #4014 was brought back to life. It had been almost 60 years and multiple generations since the last time a 4-8-8-4 Big Boy operated under itâs own power.

Key Features: A presentation of the packaging can be seen on N Gauge Forum. The model's booklet can be found here