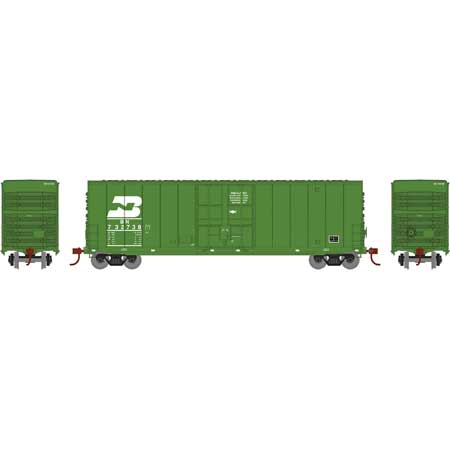 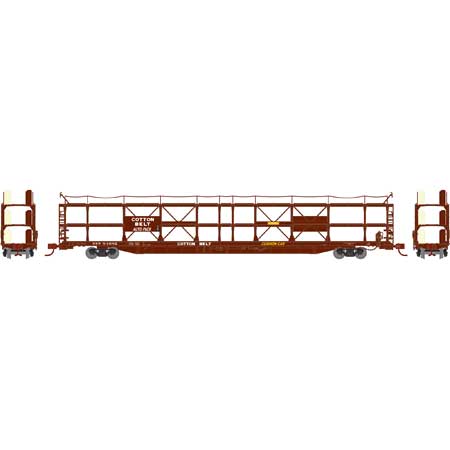 Model Information: This MDC Roundhouse body style models a 50 Foot Hi-Cube Boxcar with a single plug door, riveted sides and no roofwalk. the model is reasonably close in detail to a typical Plate-F prototype boxcar such as is made by Greenbrier. The molds were acquired by Athearn/Horizon Hobbies in 2006 and are being re-released with upgrades (body-mount couplers and metal wheelsets) as of late (2017).

The 50 foot hi-cube boxcar fleet is similar to a 50 foot standard car with an additional 2 feet of interior height. This is known as a "Plate F" boxcar. 50 foot Hi-Cube boxcars typically have a load capacity of 100 tons and are equipped with cushion underframes and plug doors. These cars are used primarily in rolled paper service as the extra height is needed to accommodate the larger rolls that are now commonplace. They can also be used for similar commodities handled in other 50â or 60â boxcars.