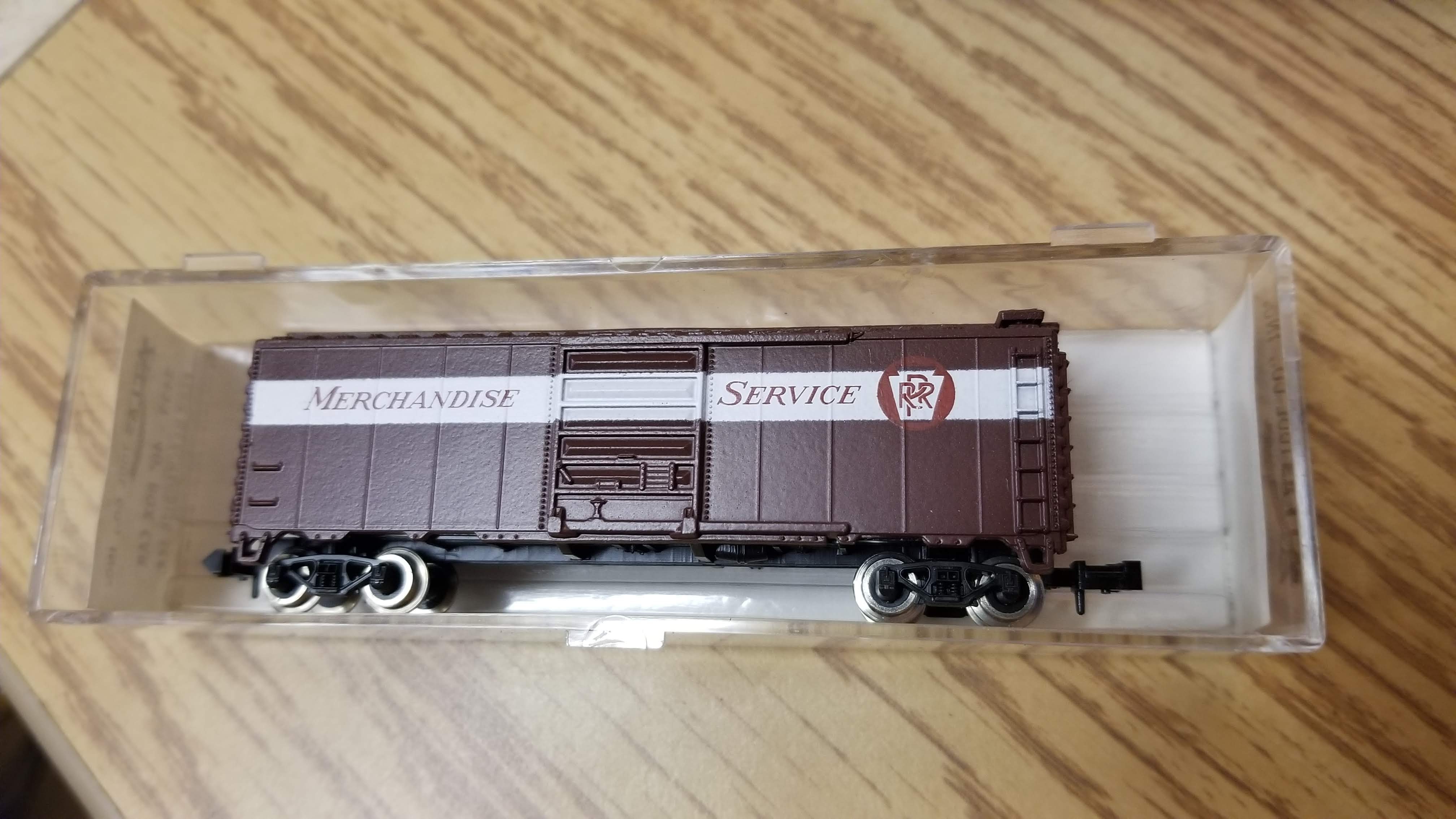 My version does not include any additional markings on the back.
Image Courtesy of Kevin S

Specific Item Information: As seen in the second photo, my version does not include road name, number or other markings on the 'back' side of the car. I do not know if this was normal for this run or not.


Model Information: This tooling was introduced by Atlas in 1976. It replaced the earlier (and very similar) model from Roco of Austria that had been imported by Atlas from 1967 until 1975. Initial production was at the New Jersey factory. Production was later moved to China. As of 2017, this model is now very long in the tooth, so recent releases have been classified as 'Trainman' (budget) product line. Newer versions come equipped with Accumate couplers. This model should not be confused with the much newer 'Master' PS-1 boxcar from Atlas which is a completely different tooling.