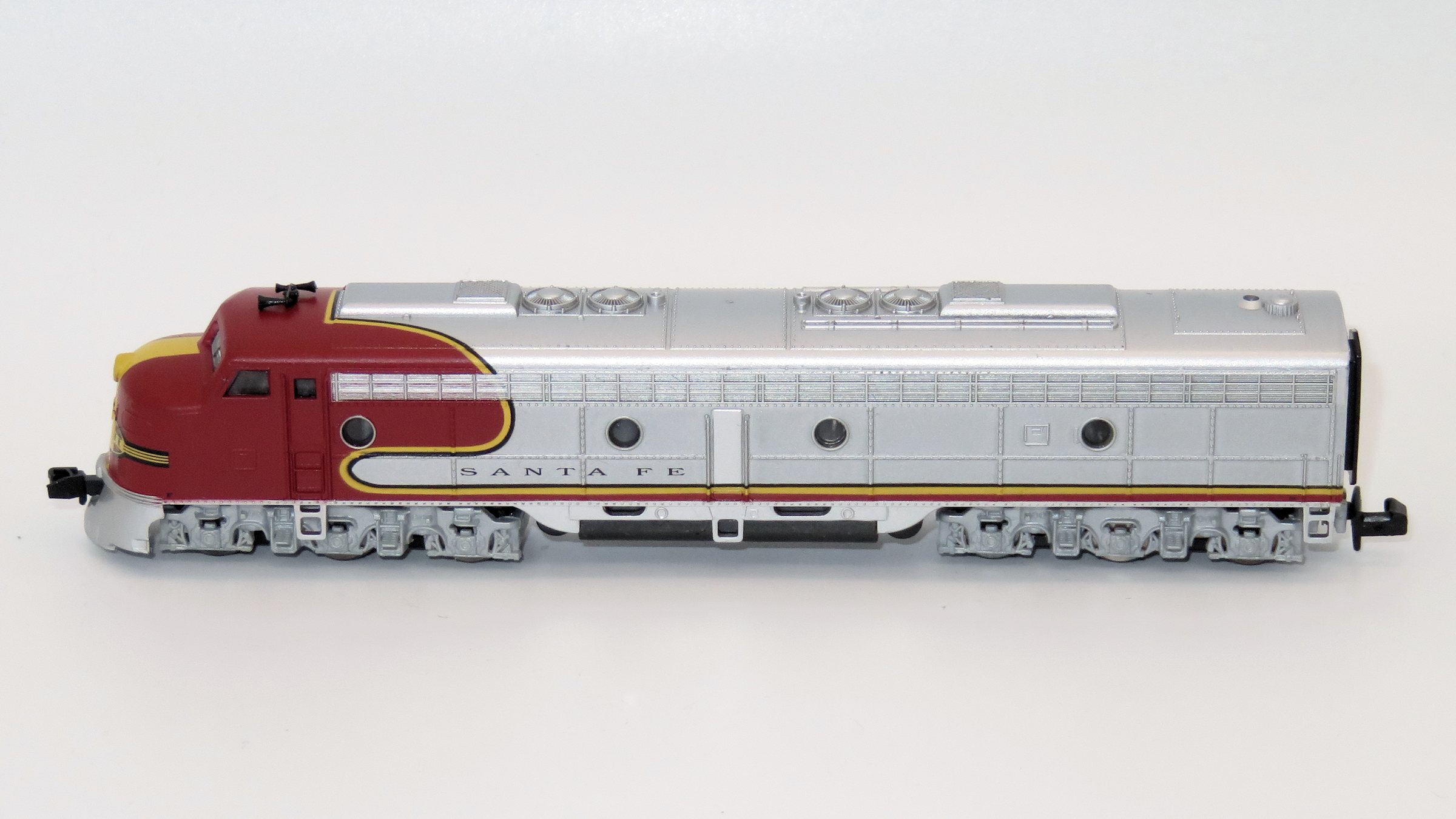 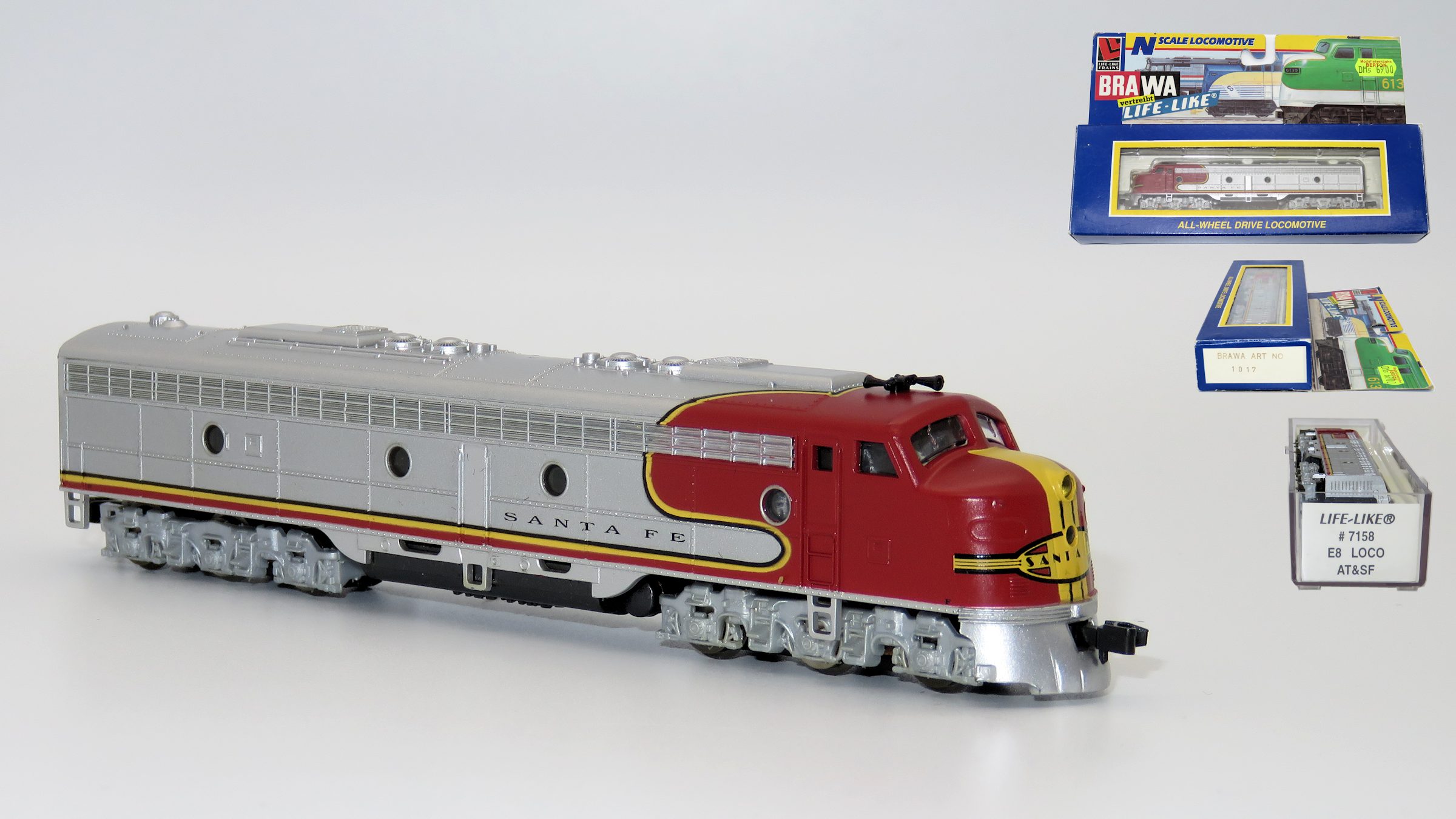 Specific Item Information: Life-Like packaging with Brawa Stickers on front and back and Brawa Part number on the side. Inlet with Life-Like part number 7158.
Shell mounted dummy knuckle coupler at front.


Model Information: Life-Like first released this model in 1995. Dummy B units were later released in 1997.
The model was completely revised in 2003 and supplemented by a powered E8B. It was re-run again in 2006 (after Walthers acquired Life-Like); it was sold either as single A-unit or as A+B set, both powered.
Dummy body-mount knuckle coupler in front of A units. Rapido hook in rear of A units and on both sides for B units., truck-mount for the early releases, and body-mount for the 2003/2006 releases.