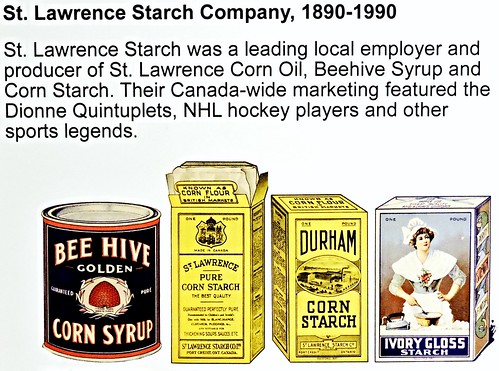 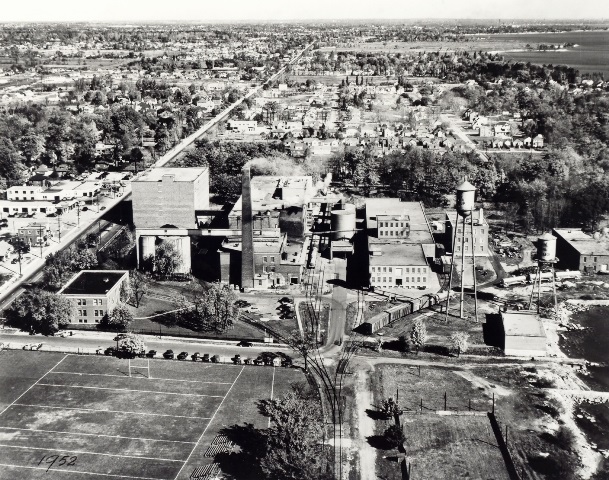 Company History: The St. Lawrence Starch Company was established in 1890 after the factory site land was purchased in 1889, by Archibald Hutchinson. The 10 acres purchased by Hutchinson was part of the Cotton Estate; located on the eastern edge of Port Credit Village. The company had 4 founding partners. John Gray and Archibald Hutchinson were Scottish Natives that had previous knowledge in starch manufacturing both in Scotland and Canada. Robert and Joseph Kilgour who had owned a paper bag manufacturing plant in Toronto provided financial support. Archie Hutchinson excelled in sales and marketing while John Gray established himself within the starch production.
The company quickly became known as âThe Starch Worksâ by the community and provided a large capacity of employment. In 1900 more than 100 men and boys had been employed, often employing several generations of a single family. The company provided the largest employment within southern peel. With the great depression W. T Gray came up with innovative programs to avoid laying off employees. The company also provided housing and sponsored community charities, sports teams and organizations. When the economy dropped the company shifted their contribution towards a service for the people instead of supplying products.
Production continued until March 1990, leaving vacant buildings until 1993 when they were demolished making space for current residential and parkland occupancy. Though the St. Lawrence Starch facility closed the Gray family is involved with St. Lawrence Grains and Farm supply.