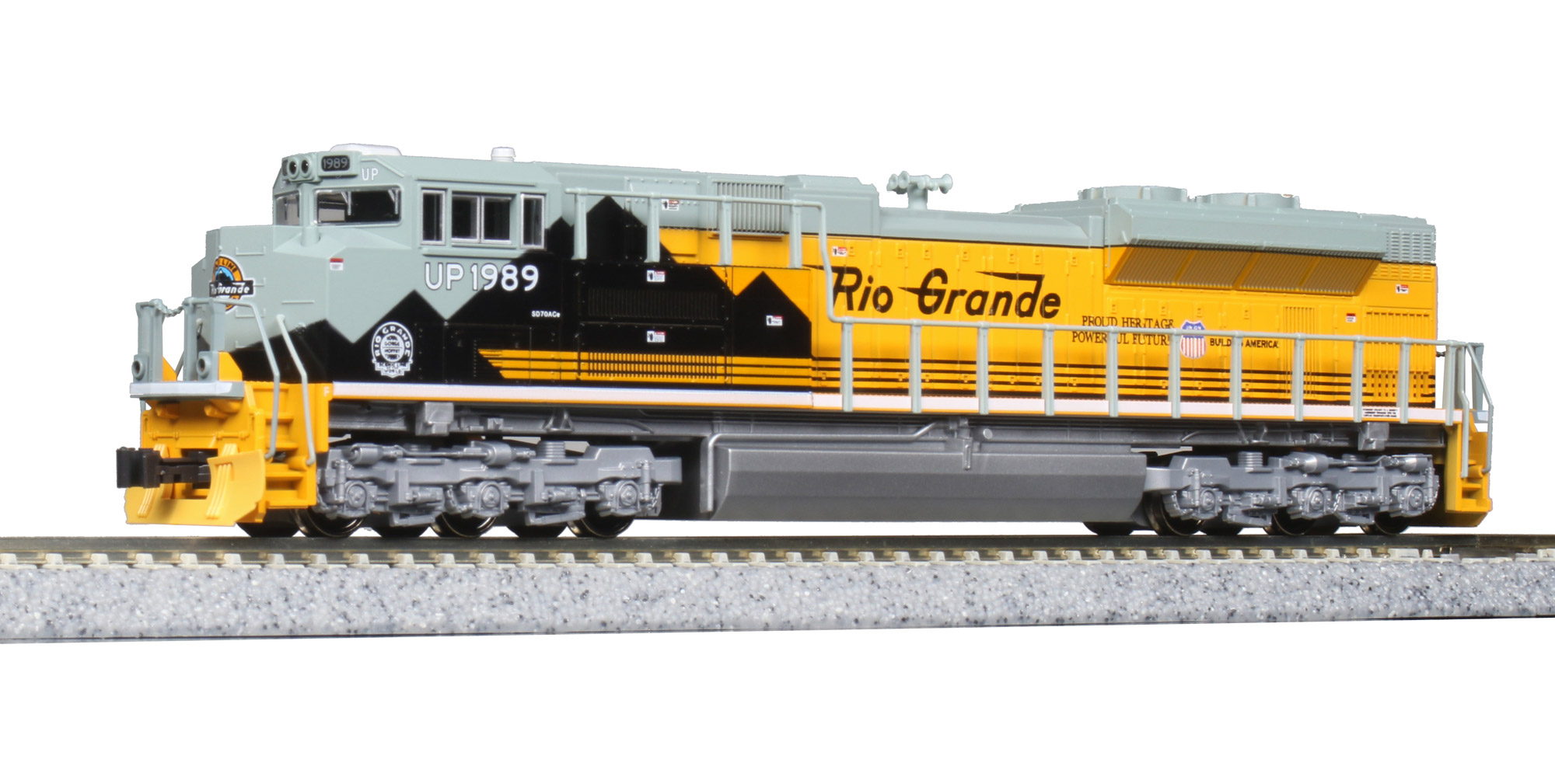 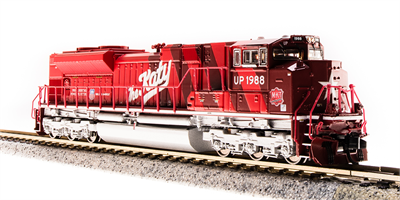 Specific Item Information: About the UP SD70ACe D&RGW Heritage Scheme -Locomotive #1989 is painted in a Denver & Rio Grande Western Heritage paint scheme, sporting the elegant aspen gold coloring and mountain theme of the railroad as well as the number 1989, the year the D&RGW bought Southern Pacific. SP was the surviving legal entity of that combination. SP was bought by and merged into UP in 1996. Digitrax DCC Installed