Specific Item Information: without containers.
Series KOKI 10000 was developed in 1966 for the high-speed freight train on Tokaido and Sanyo Mainlines. KOKI 10000 can be loaded with 5 pcs. 10 foot container, while KOKIFU 10000 equipped with caboose can be loaded with 4 pcs.
From around 1974, the container was remodeled from 5 to 4 containers. The product uses this 4-piece stack as a prototype. 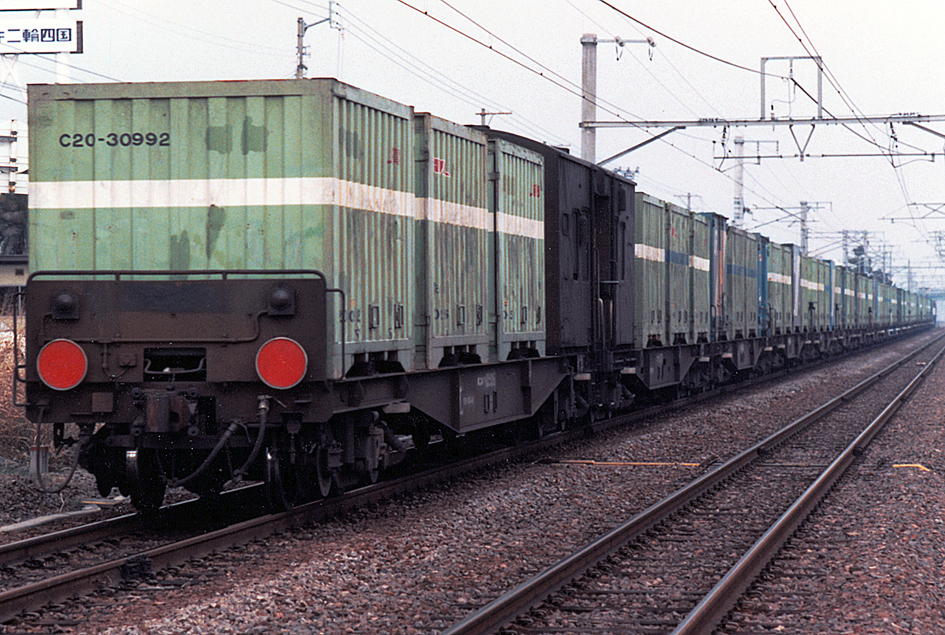 Because a caboose could not be used on express trains, the KOKIFU incorporated the conductorâs room on the end. However, pictures show that the compartment end did not have to be at the tail of the train, and the cars could be operated with the KOKIFU on the end, but in reversed orientation. According to a footnote on the Japanese wikipedia, this was common in later years to prevent injury to conductors from rear-end collisions.