Specific Item Information: without containers.
The Koki 107 type is a marine container compatible vehicle manufactured from 2006. In the conventional Koki 100 series, the handbrake handle installed on the side of the car body has been changed to the deck handrail at the end of the car body in this form. 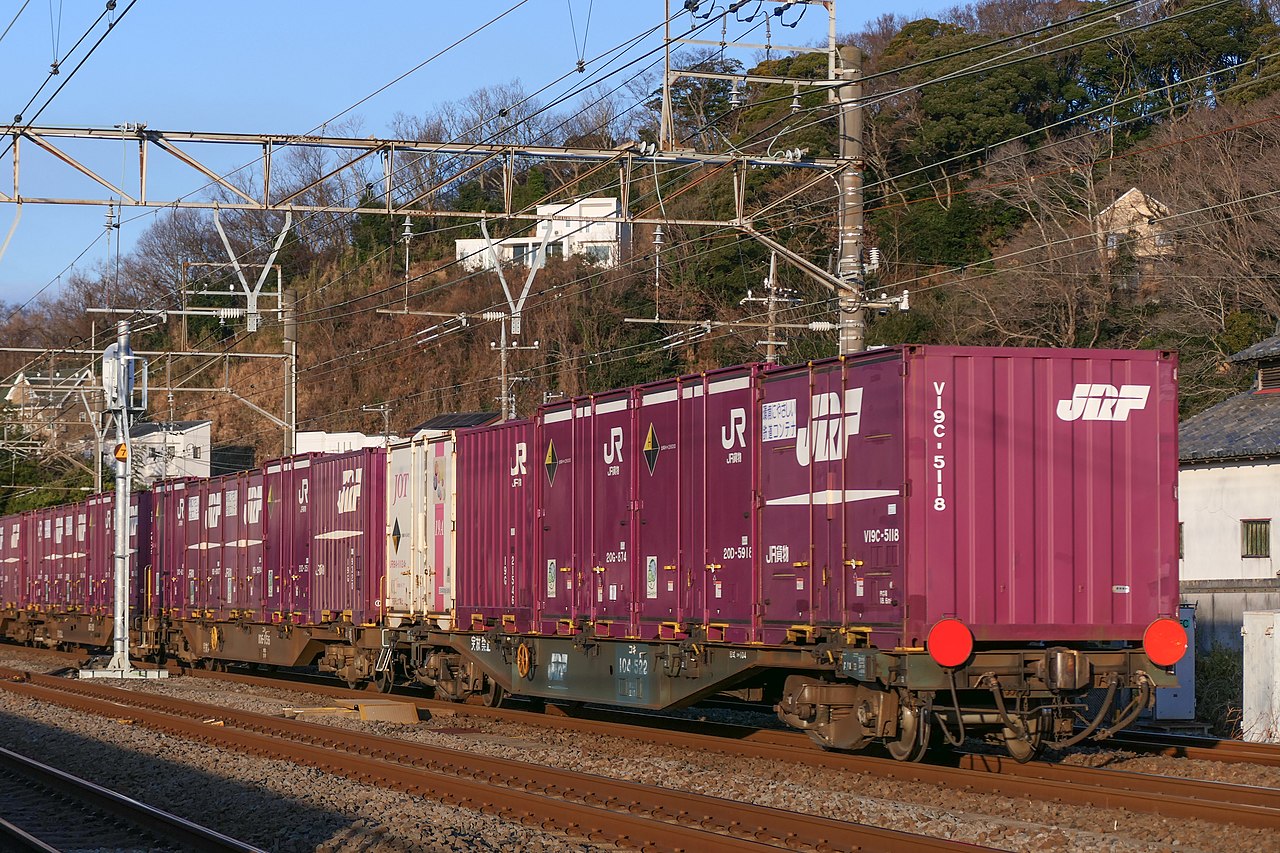 After the creation of JR Freight a new generation of container flat cars was developed, the 100 series (KOKI 100 to 107 and 110). Several prototypes (model 100) were produced and tested in 1987, and mass production began in 1988 with the 101 series. Among other things the new design had a 10cm lower deck than earlier models, to permit loading of ISO containers in addition to domestic containers. These supported loadings up to 40.5 tons per car (40.7 tons on the 106/107/110). Support for ISO 40-foot containers was apparently introduced on the 102 series c. 1993 or 1994, when new bearings were introduced. The Japanese wikipedia page on the 100 series has a table giving dimensions and other specifics of the differing models.

The KOKI 100 series has a top speed of 110 kph (operation may be limited to 100 kph depending on loading and the line on which it is used). Starting with the model 102 they could load up to five domestic 12-foot containers, three domestic or ISO 20-foot containers, two domestic 30-foot containers or one ISO 40-foot container. The 105 series is similar to the 104 but omits the ability to load ISO 40-foot containers, and may have been produced for use in a specific service. The 106 series was originally produced in blue, but a later production was painted gray to differentiate them, and blue ones are being repainted gray as they are brought up to the new design. The 107 is an update of the 106 design, also painted in gray, with changes to the layout of equipment (like brake cylinders). The 110 series was a specialty design for carrying 15-foot containers, and painted yellow (or âmustardâ) to make this difference clear. As it can also carry standard domestic containers, these are found in general service as well.