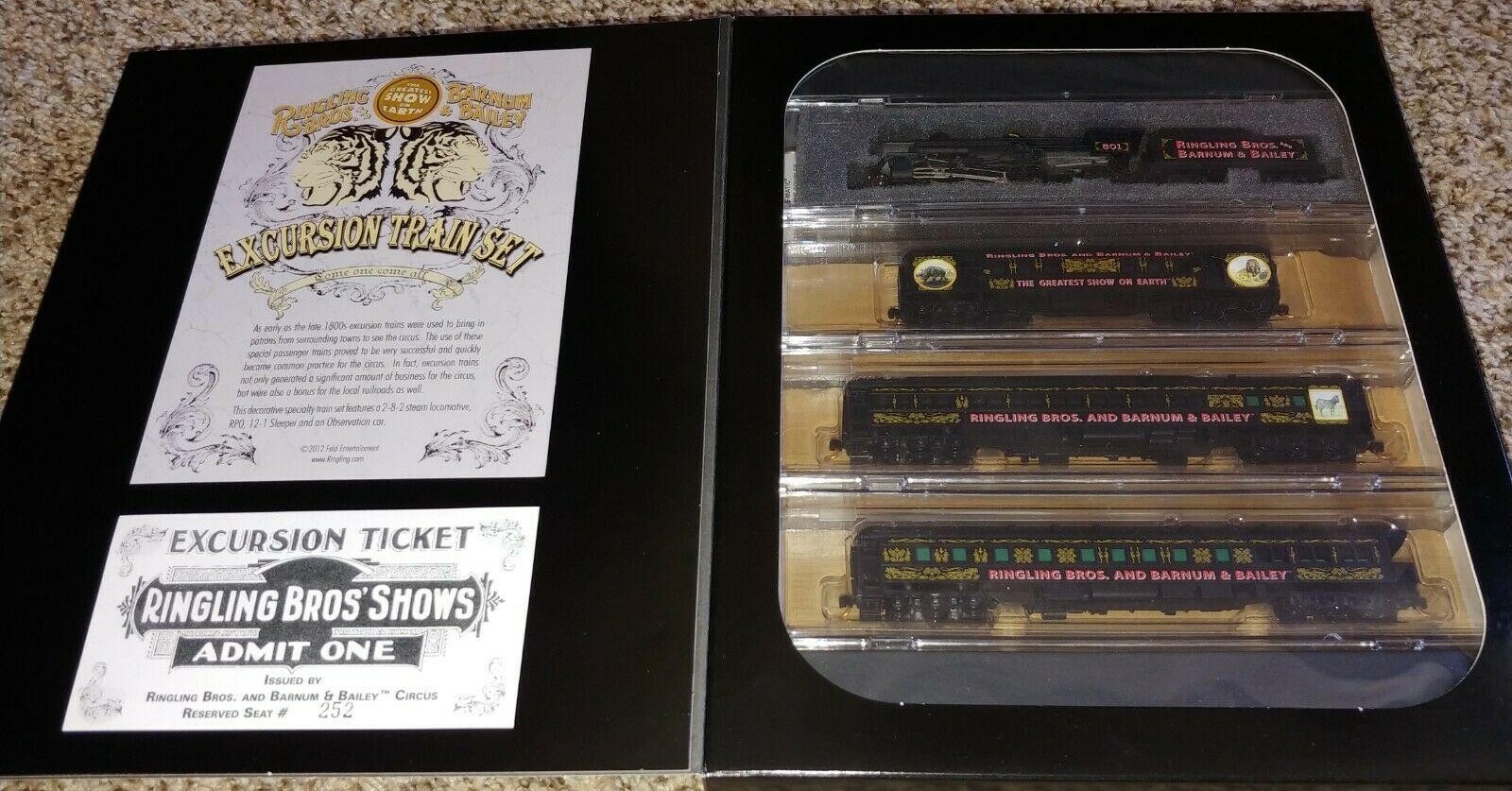 Specific Item Information: As early as the late 1800s excursion trains were used to bring in patrons from surrounding towns to see the circus. The use of these special passenger trains proved to be very successful and quickly became common practice for the circus. In fact, excursion trains not only generated a significant amount of business for the circus, but were also a bonus for the local railroads as well.
This decorative specialty train set features a 2-8-2 steam locomotive*, RPO, 12-1 Sleeper and an Observation car, all decorated in black with gold filigree. Don't miss the next big show; grab your round-trip excursion tickets and climb aboard the Ringling Bros.â ¢ Excursion Train!