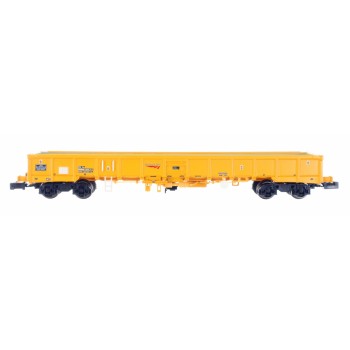 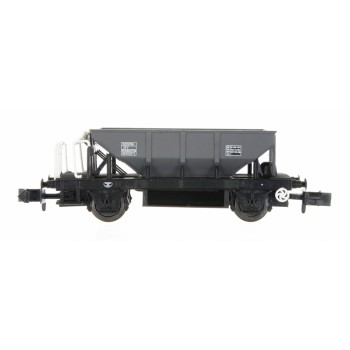 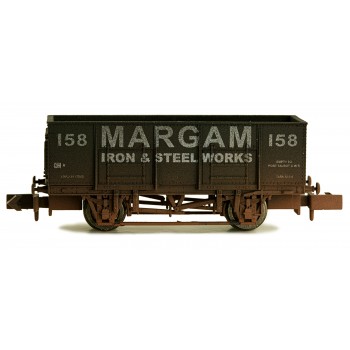 Specific Item Information: The 21 Ton Steel Hopper was based on the LNER design and was used from 1948 to the early 1980's as the standard BR coal hopper. Over 25,000 were built between 1949 and 1969 and due to their long service and rough work were constantly being rebuilt and remodelled. Variations between wagons are therefore very common with some wagons having fewer ribs, different types of brakes and an overall simpler body design with welded rather than riveted seams, as used in the earlier examples. The 21 Ton Steel Hopper was designated HTV under the TOPS nomenclature.

The Simpson Investment Company is a company based in McCleary, Washington in the US Pacific Northwest that specializes in manufacture of forest products. Founded as a logging company in 1890 by Sol Simpson, the company now functions as a holding company for the Simpson Door Company, a manufacturer of wood doors.

Simpson announced in 2008 that it will be entering the "green power" industry by building a new power plant at its Tacoma Tideflats mill that will generate power via the burning of sawmill and other forest waste. In August 2009, construction of the power plant was completed. It generates 55 megawatts of power which is sold to Iberdrola Renovables and used by the Sacramento Municipal Utility District.