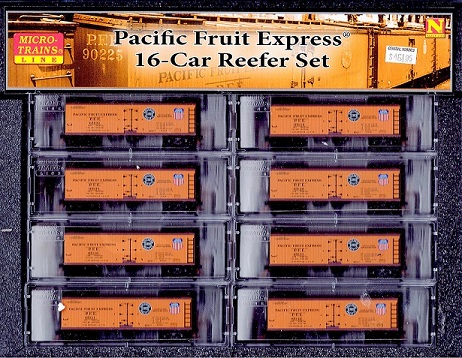 Specific Item Information: UNWEATHERED VERSION. A common sight during the early 20th century were long colorful trains full of refrigerated produce moving eastward from the rich fields of the West Coast. Pacific Fruit Express had over 2,000 of these wood-sided reefers with Union Pacific and Southern Pacific heralds, that could successfully deliver fresh perishables long distances using a series of icing stations along the route. Our set will come in one box with your choice of either pristine unweathered reefers or lightly weathered. Contact your dealer to reserve yours today!