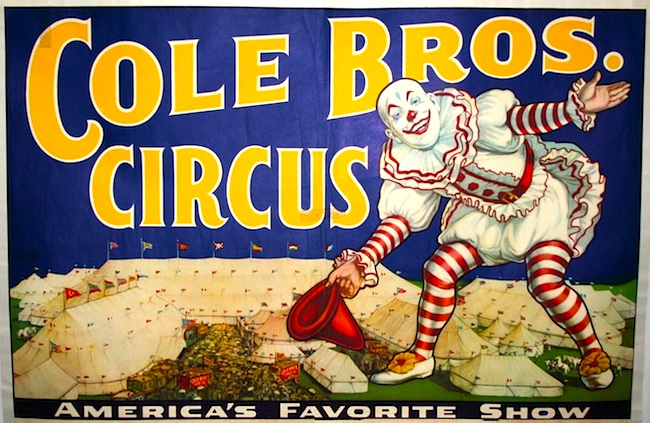 
Company History: The Cole Bros. Circus was a medium-sized American circus. It was founded in 1884 as "W.W. Coleâs New Colossal Shows", by William Washington Cole. In the 1930s, the circus employed two noted animal trainers, Clyde Beatty and Allen King, both of whom traveled in their own railroad cars. Another well-known performer with the circus was Bob Strehlau Juggles the Clown.