36.76Collectors value this item at an average of 36.76
Click to see the details
collector
This item is not for sale. This is a reference database. 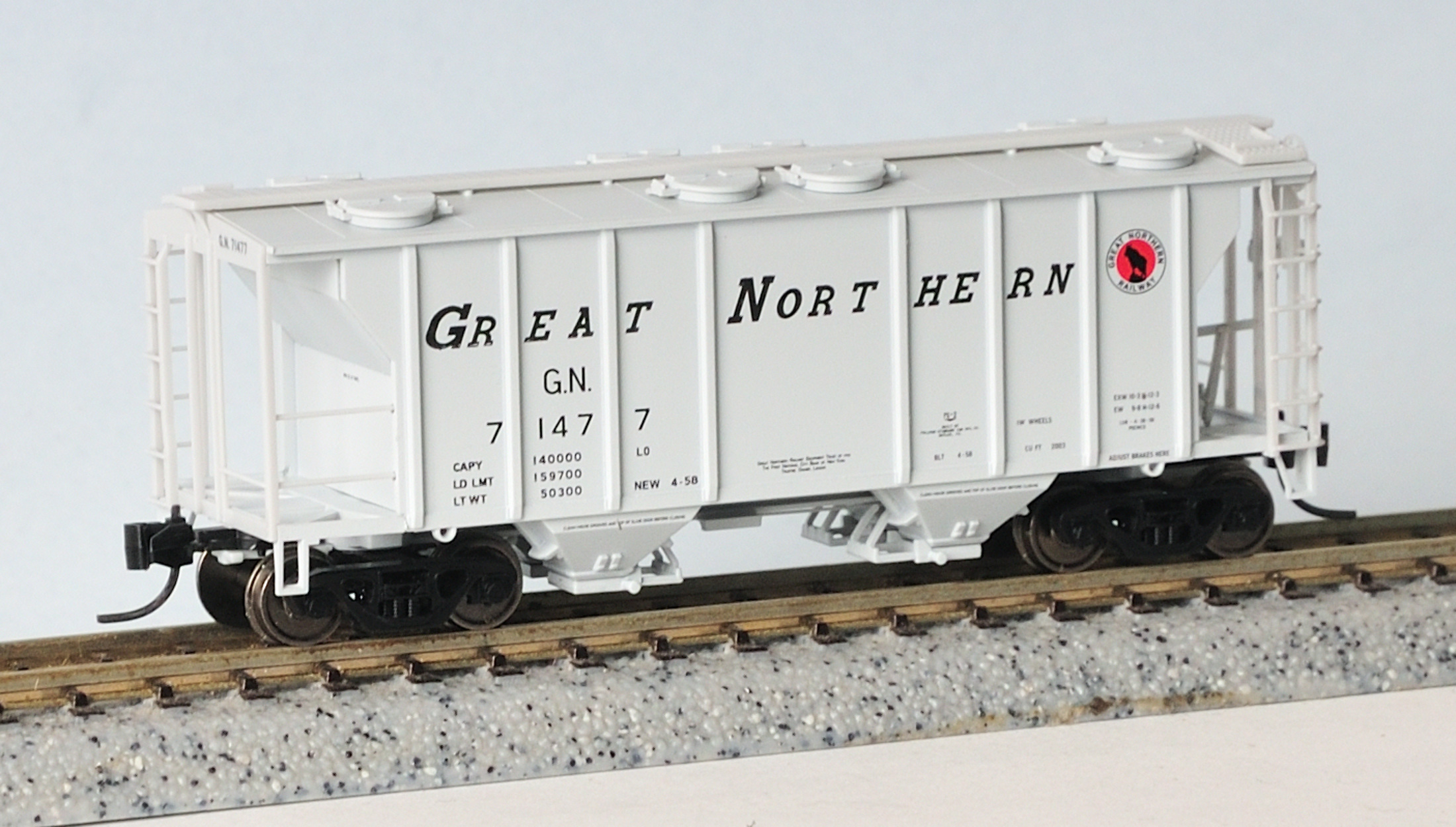 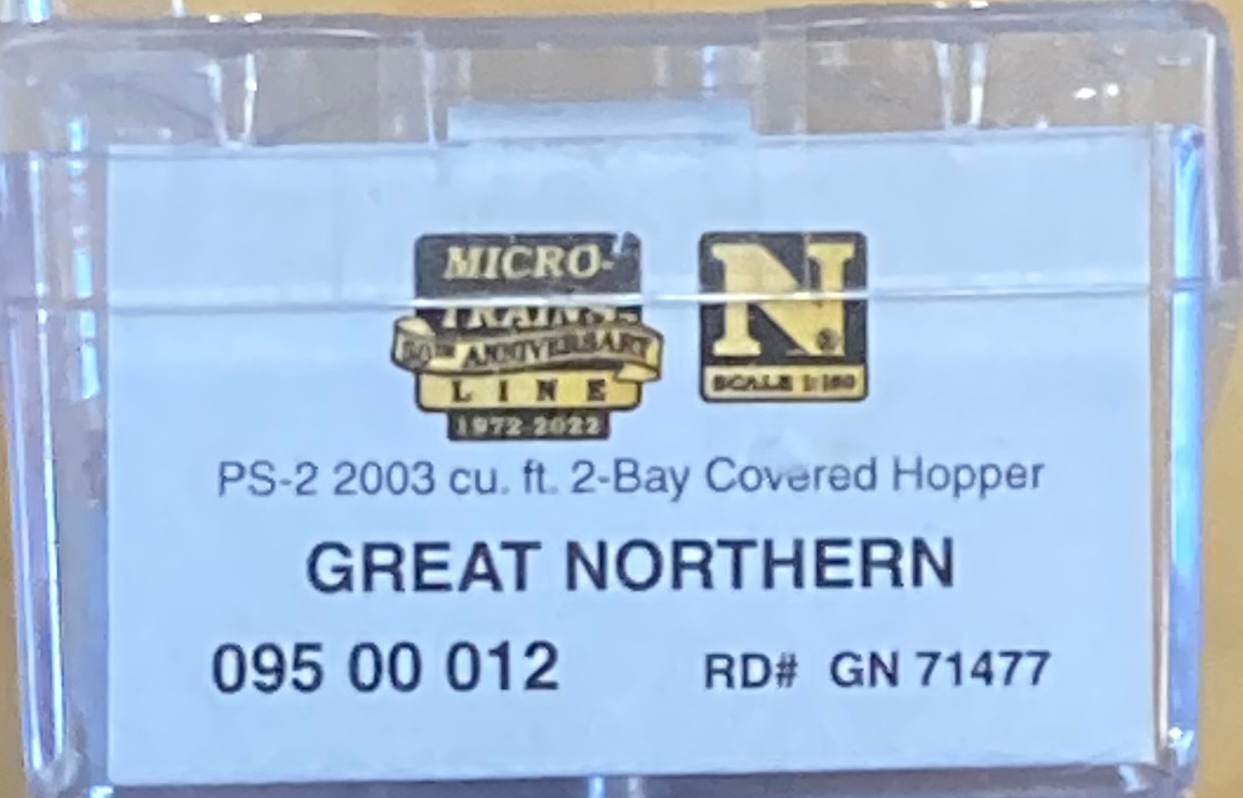 Specific Item Information: Built in April of 1958, this PS-2 hopper with ASF Ride Control trucks was purchased by Great Northern in an order of 100 cars. The Pullman-Standard all-welded steel, 2,003 cubic-foot two bay covered hopper would become one of the most popular cars of its type with railroads and private industry. It was designed to haul everything from powdered chemicals, to grains, to construction materials such as sand or cement.