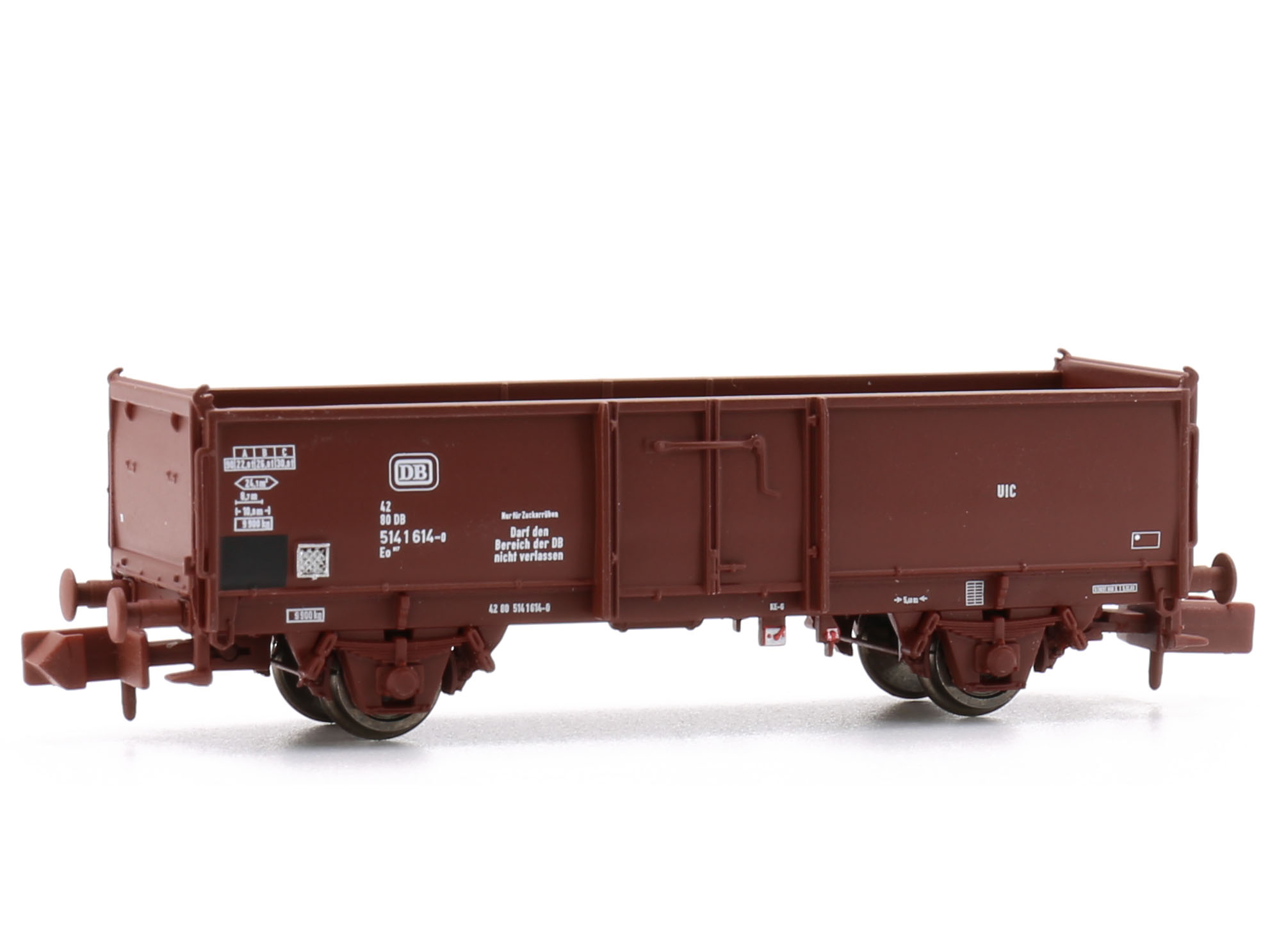 Specific Item Information: The model railway Union N gauge models of the Omm 52 cars are characterized by detailed design and printing, and the inside of the cars is also prototypically designed. Country-specific abbreviations and different addresses are also taken into account, there are versions with and without a brakeman's platform and brakeman's cab. All models have close coupling links and NEM coupling pockets. equipped with: - NEM coupling pockets - Close coupling link - Standard N couplings Due to the prototypical implementation of the steps and brakeman's platforms, derailments can occur when driving through narrow radii with short N-gauge couplings. The cars couple extremely tightly, which creates a wonderful look. The car with a brakeman's platform therefore needs at least a radius of 2 (225 mm) to drive safely. Alternatively, the optional coupling Modellbahn Union N-X00104 (brown) or N-X00105 (black) can be mounted to drive through radius 1 and closer in a reliable manner. Users of the professional coupling can use the extended professional couplings for model railway Union N-X00013 and model railway Union N-X00014. The Omm 52 was developed by the Uerdingen wagon factory together with the DB. In contrast to earlier freight wagons, the side walls and top flaps are made of outwardly curved sheet metal and hollow profiles, so that the wagons do not have side stanchions. The first cars still had a brakeman's cab made of sheet metal. Over 14,000 cars were built between 1952 and 1962. The Omm 52 was together with the Omm 37 the most common open freight car of the DB in the 1950s. Cars that were added to the EUROP fleet were given the designation E 037 until 1968. From 1979 onwards, over 5000 wagons were converted to Eo 017 to serve exclusively for transporting beet. The last wagons were retired from DB at the end of the 1990s. More than 800 cars were sold to the DR at the end of the 1970s, which discontinued them as El 5568, later El 5598. The last cars were decommissioned by the DR in 1994.