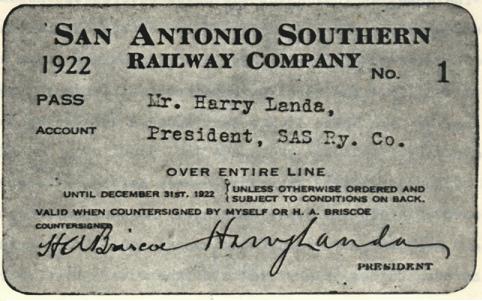 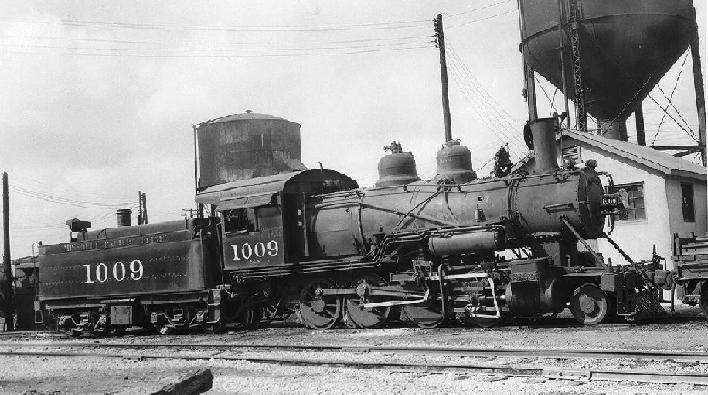 
Company History: The San Antonio Southern Railway Company was chartered on January 2, 1920. The railroad took over the Artesian Belt Railway, which ran from Macdona in Bexar County to Christine in Atascosa County, forty-three miles of line. That year four miles of line was abandoned between Macdona and Kirk. The San Antonio Southern planned to extend the railroad from Atascosa County to Simmons City in Live Oak County, about seventy miles, and in 1922 requested authority to extend its line to Rio Grande City and Sam Fordyce. However, the extensions were never built.

According to the original articles of incorporation the railroad had a capital stock of $250,000. The principal place of business for the railroad was San Antonio. The members of the first board of directors were Harry Landa, of New Braunfels; J. E. Jarrett, T. B. Baker, Leo M. J. Dielmann, W. R. Wiseman, J. H. Savage, and Henry P. Drought, all of San Antonio; Joseph B. Dibrell, of Seguin; and Thornwell Fay. Most of the San Antonio Southern's earnings came from freight operations, but passenger service was also provided. In 1926 the line reported passenger earnings of $6,000 and freight earnings of $217,000, and the railroad owned three locomotives and eighteen cars.

The New Orleans, Texas and Mexico Railway acquired the San Antonio Southern on January 1, 1927, but continued to operate the line as a separate company. In 1933 ten miles of track were abandoned between Jourdanton and Christine. In 1952 the railroad reported freight earnings of $42,000 and gross earnings of $43,000. That year the railroad rented all of its rolling stock. On March 1, 1956, the San Antonio Southern was consolidated with the Missouri Pacific, which abandoned the line between Kirk and Jourdanton in 1965.