Please help support TroveStar. Why?
At least one of these are for sale right now with a price of: $13.50

16.64Collectors value this item at an average of 16.64
Click to see the details
collector
This item is not for sale. This is a reference database. 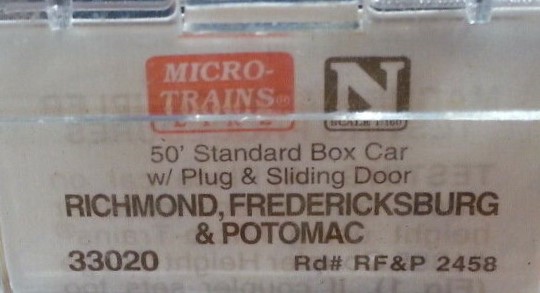 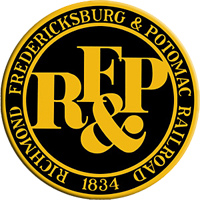 The RF&P ran from Richmond, Virginia north 114 miles to Potomac Yard (known widely as Pot Yard) on the river near Washington D.C. The purpose of the line was to link the Pennsylvania Railroad and Baltimore & Ohio lines to the northeast with the Seaboard Air Line and Atlantic Coast Line lines to the south. There were few branchlines of consequence and the mainline was entirely double tracked with no grades to speak of. It was operated as a single route as early as 1901 although the route north of Quantico actually belonged to a PRR subsidiary called the Washington Southern. RF&P absorbed the Washington Southern in 1920. There were also connections with Southern and C&O but C&O traffic in the area was almost entirely east-west and Southern had their own line to Washington D.C.

Traffic was heavy and fast. Pacifics were used for freight and passenger service. These were supplanted by 4-8-2 Mountains then by Northerns and Berkshires. Aside from some Alco switchers, RF&P was an entirely EMD road in the diesel era. E8âs and FP7âs hauled the passengers (mostly PRR, SAL and ACL trains) while F5âs and F7âs hauled freight with GP7âs in support. The second generation brought GP35âs, and GP40âs for road service. The diesel fleet usually ran just under 40 units for the 114 mile line (indicating very heavy traffic.) As a rule, even numbered units faced north and odd numbered units faced south. Road switchers were equipped with dual cab controls and running long hood forward was common.

By 1987, RF&Pâs situation had changed. The former PRR connection had mostly faded as Amtrak operated the line to the northeast and not Conrail. That left the former B&O on the north end and the former Seaboard System on the south end. Both were now part of CSX. RF&P was still a vital link but it didnât make sense to be a separate railroad. CSX already owned much of the stock but a quarter of the shares of RF&P were owned by the state of Virginiaâs state employee retirement fund. In the end, CSX gave the state fund the property rights to Potomac Yard in exchange for all of the stock. Pot Yard originated or terminated very little traffic with nearly every train just running through so the property was ripe for development. In fact there was talk of turning part of the property into a new stadium for the Washington Redskins. In the end, it became commercial property instead. The state was happy and CSX closed the gap on their system map. RF&P merged into CSX in 1991.