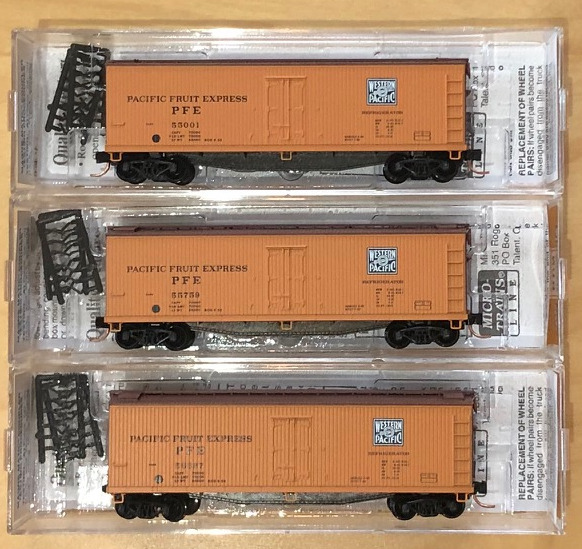 Model Information: Although not specifically marketed as such, this body style has been used to model 50 foot PS-1 Boxcars.

The DSS&A dates to 1887 and was chartered to build from Duluth, Minnesota eastward across Michiganâs upper peninsula, through Marquette to Sault Ste. Marie and St. Ignace. Of course there were a number of connections in Duluth. Sault Ste. Marie had a connection to Canadian Pacific and St. Ignace had car ferry service across the Mackinac Straights to a few lines in Michiganâs lower peninsula. In 1888, Canadian Pacific bought control of the company.

Traffic was intended to be iron and copper ore, and forest products. Other lines building into the region took most of the ore traffic, leaving the DSS&A the forest products traffic. The DSS&A paid dividends to parent Canadian Pacific in just two narrow windows over the next 65 years.

As for passenger service, locals served the mining and logging communities along the line. The closest thing to a name train was the DSS&A operation of the Duluth to Calumet, Michigan end of Milwaukee Roadâs Copper Country Limited. All passenger service ended in 1958, and DSS&Aâs Budd RDCâs went to parent Canadian Pacific.

The most modern steam power was in the form of former New York Central Mikados. DSS&A started buying diesels in 1947 with Alco RS1âs for use as switchers plus units with steam generators to replace steam on the passenger runs. Later, they picked up Baldwin RT series center cab transfer diesels for road service (go figure.) They were down much of the time with cracks in the frame and engine block. So DSS&A went back to Baldwin for DRS series 6-axle hood units for road service. These were operated in long-hood-forward pairs. Although the RS1âs had been delivered in plain black with yellow zebra nose stripes and yellow initials, the Baldwins were delivered in a fancy yellow, green, and Chinese red. The RS1s were repainted in this scheme as they came due for shopping. Ultimately, they did begin lashing together 3-unit sets of RS1âs for road service as well.

On December 30, 1960, Canadian Pacificâs US holdings in the area were merged. This included the Duluth South Shore & Atlantic, the Minneapolis St. Paul & Sault Ste. Marie (popularly known as Soo Line), and the original Wisconsin Central. Ironically, itâs the DSS&Aâs corporate charter that was the survivor of the merger but the name of the combined line became âSoo Line Railroad.â