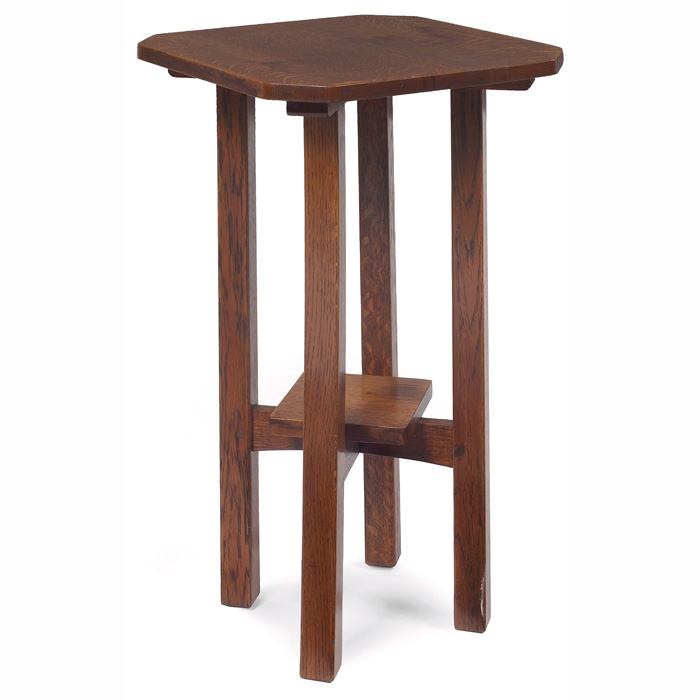 Small tables are usually secured at intersections by joints called splines to strengthen the severe straight lines and plain surfaces. Handles and any trimmings are made from copper or iron.