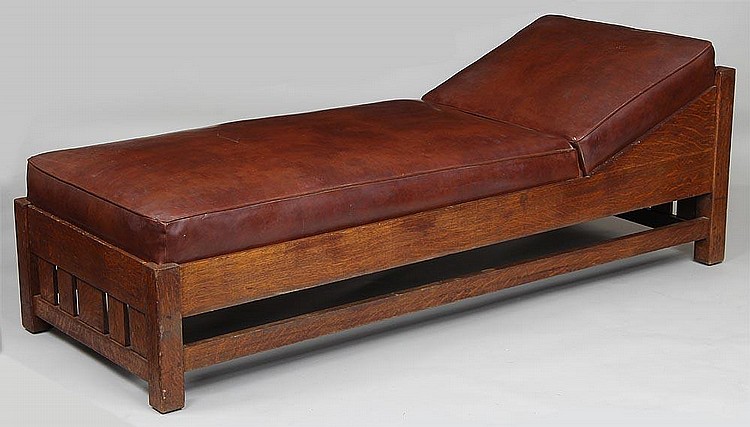 Mission style couches are styled like a daybed occasionally with an incline at the head of the couch and are wide enough for one person. Tenon and mortise joints support the couch under severe stress to withstand use. Steel spring cushions are upholstered in leather and secured with copper tacks or nails.