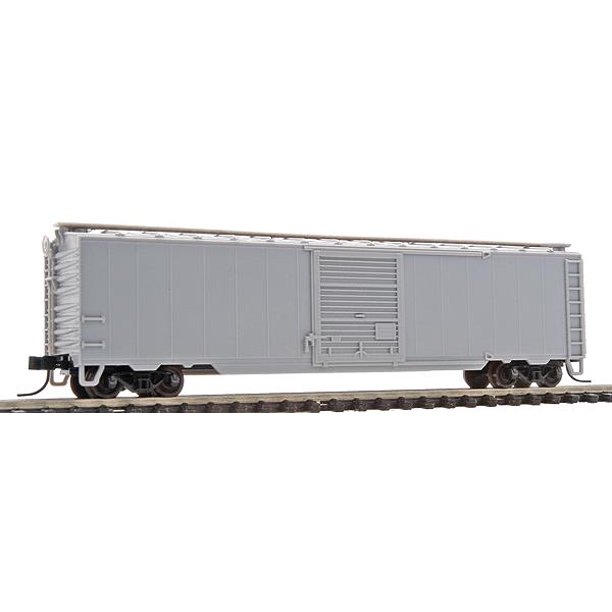 Model Information: Atlas first announced this model in December of 2007 and delivered it in June of 2008. This model seemed to have been specifically developed as a budget model. It was introduced as part of the Trainman line from day 1. Most other Trainman models are older toolings that were 'downgraded' to Trainman due to age. Typically Trainman models have less detail and are thus easier to manufacture. When compared with other models being rolled out during that time, this this tooling was definitely a 2nd-class boxcar. We presume that it was specifically designed to be manufactured at a much lower price point than other cars such as the redesigned PS-1 boxcar also from Atlas which came out around the same time.