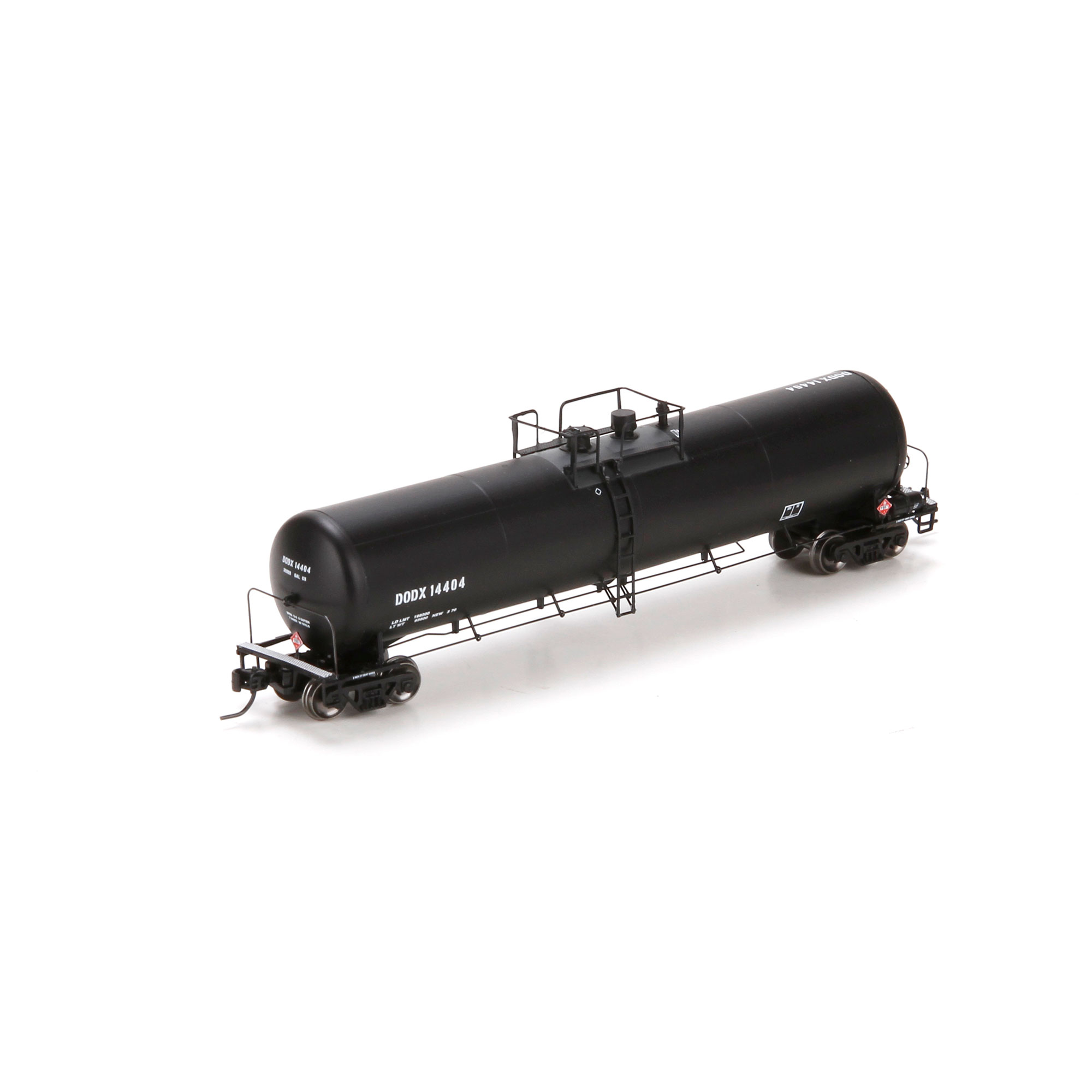 Model Information: This model features: Separately applied walkway platform, manway, outlet, ladders, brake rigging detail, safety rail supports and tank saddles; Photo etched metal walkways and end platforms; Wire safety rails and end handrails; Printed placards; and 100-ton roller bearing trucks. It is recommended for use on curves with radius of 15" or more, but can be used on curves of as little as 11".