Model Information: Arnold Hornby introduced this model in 2015. The following is an excerpt from Peter Wisniewski's review and is used with his permission.

Arnold is a European-based manufacturer. Most European model RR manufacturers use a fairly similar packaging method, which usually results is the jewel case's lid not fully closing over the bottom part of the case. That is because the European manufacturers include a large bundle of paperwork inside the box. There is the standard parts diagram and list of part numbers, sometimes there is a write-up of the prototype's history, a warranty card (usually in a dozen of languages), and often some sort of inspection certificate. Some of those documents are letter-size pieces of paper, folded multiple times to fit in the box. All the paperwork creates a fairly thick bundle which is usually placed under the vacu-formed plastic nest for the model. However the jewel case and the nest aren't designed to hold that extra thickness of the paperwork. Because of that the nest sticks up over the top edge of the jewel case's bottom and the lid does not fully settle down over the bottom of the case. That often leads to the lid being rather loose. Several times I have almost dropped a loco out of the box by grabbing the case by the lid's sides, forgetting that the lid is not on tight.

There seems to be a bit of a compatibility problem between the Arnold and MT couplers. I am surprised that this was not mentioned when the U25C (which was the 1st model to use this coupler) was introduced. While I have not yet tested this model on a layout, I clearly see this problem on a piece of test track on my work bench.

Overall, I am quite happy with the model's appearance and performance. Thanks to its gearing ratio of 35:1, and a coreless motor with good torque, this model has excellent slow-speed performance and realistic top speed. It was able to pull 30 40-foot Micro-Trains boxcars on a flat and tangent track, but that number will go down as the train travels through curves or up an incline. Small switching locomotives don't normally pull 30 cars in any case. But the jury is still out on the longevity of those low-end coreless motors, since they do not have replaceable brushes. Hopefully replacement motors will be available from Arnold for years to come. While this model is not 100% perfect, Arnold has a winner on their hands. 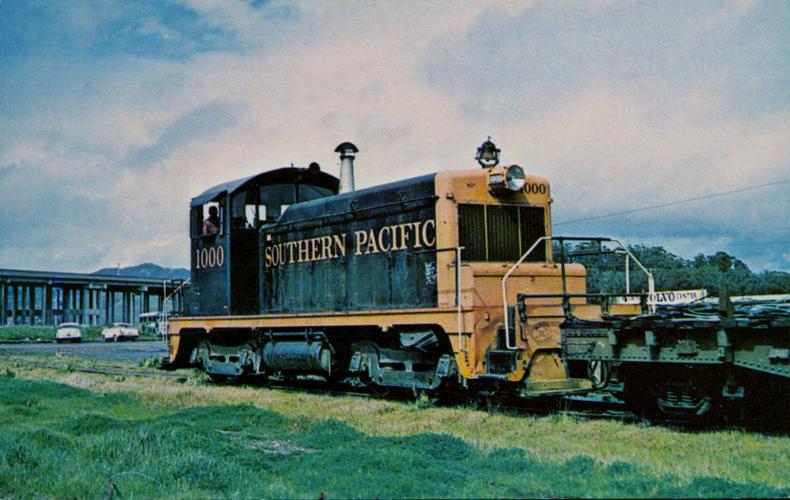 The EMD SW1 is a 600-horsepower (450 kW) diesel-electric switcher locomotive built by General Motors' Electro-Motive Corporation (later Division) between December 1938 and November 1953. Final assembly was at EMD's plant at LaGrange (McCook) Illinois. The SW1 was the second generation of 3,402 cu in (55.75 L) switcher from EMD, succeeding the SC (cast frame) and SW (welded frame). The most significant change from those earlier models was the use of an engine of EMD's own design, the then-new 567 engine, here in 600 hp (450 kW) V6 form. 661 locomotives of this design were built, not withstanding diesel switcher production having been suspended between 1942 and 1945 by the War Production Board, as the 567 engines were needed elsewhere, mainly for U.S. Navy LST vessels.