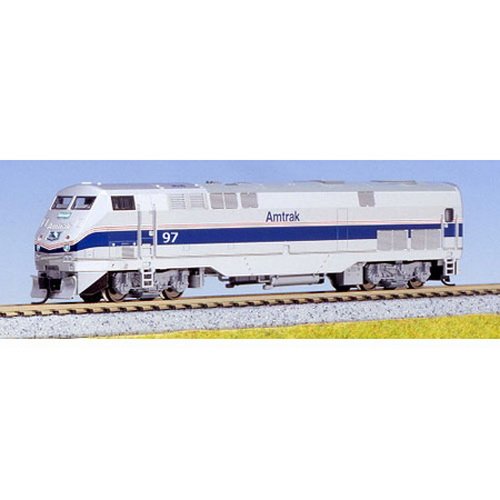 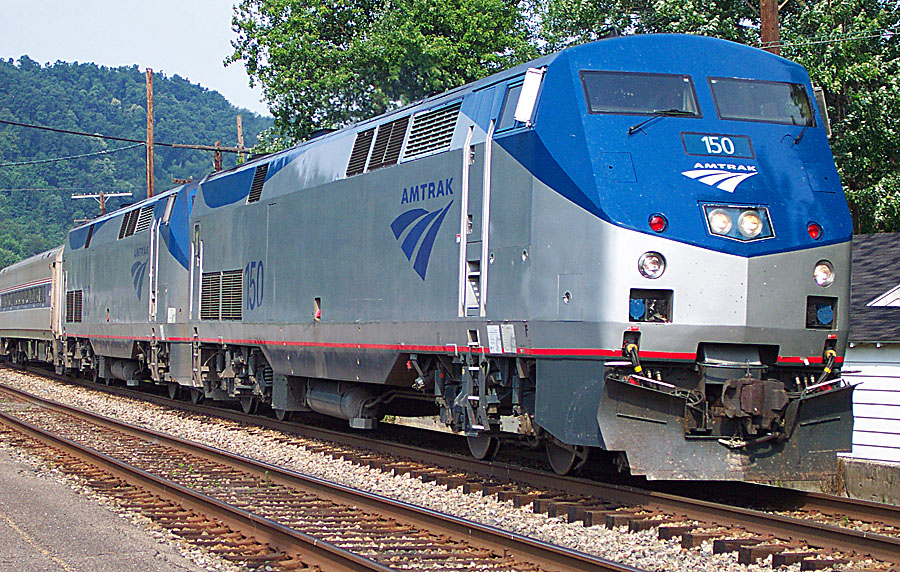 Phase V was introduced with the arrival of the Acela Express high-speed train sets in 2000 and is used on most locomotives. Locomotives are painted light gray, with a blue stripe (darker than Phases IâIII, but lighter than IV) at the top and a thin red reflective stripe at the bottom. The blue stripe has a wavy bottom on Genesis locomotives and a flat bottom on other locomotives and ex-F40PH non-powered control units (NPCUs). The Amtrak "Travelmark" logo is painted near the front or rear of the unit. SC-44 locomotives used on Midwest routes have a variant of Phase V with a blue front and a halftone transition into the grey side. Non-passenger cars like Auto Train autoracks are all-gray except for the logo and red stripe; Express Box Cars had blue stripes on top and bottom.

Acela Express trainsets have grey and stainless steel bodies with the lower red stripe, with the wavy blue roof and Acela logo on the power cars only. The Acela passenger cars have no blue stripe; colored blobs called "mobiles" are used to indicate the type of car (Business Class, Cafe Bistro, or First Class). When the Acela Express was introduced, regional trains on the Northeast Corridor were briefly designated Acela Regional. Amfleet coaches for these trains received "Capstone" livery, which had a window stripe with various patterns of blue, light blue, and green to indicate the type of service. Rebuilt Turboliners had a similar variant of the Capstone livery.