Collectors value this item at an average of 99.95 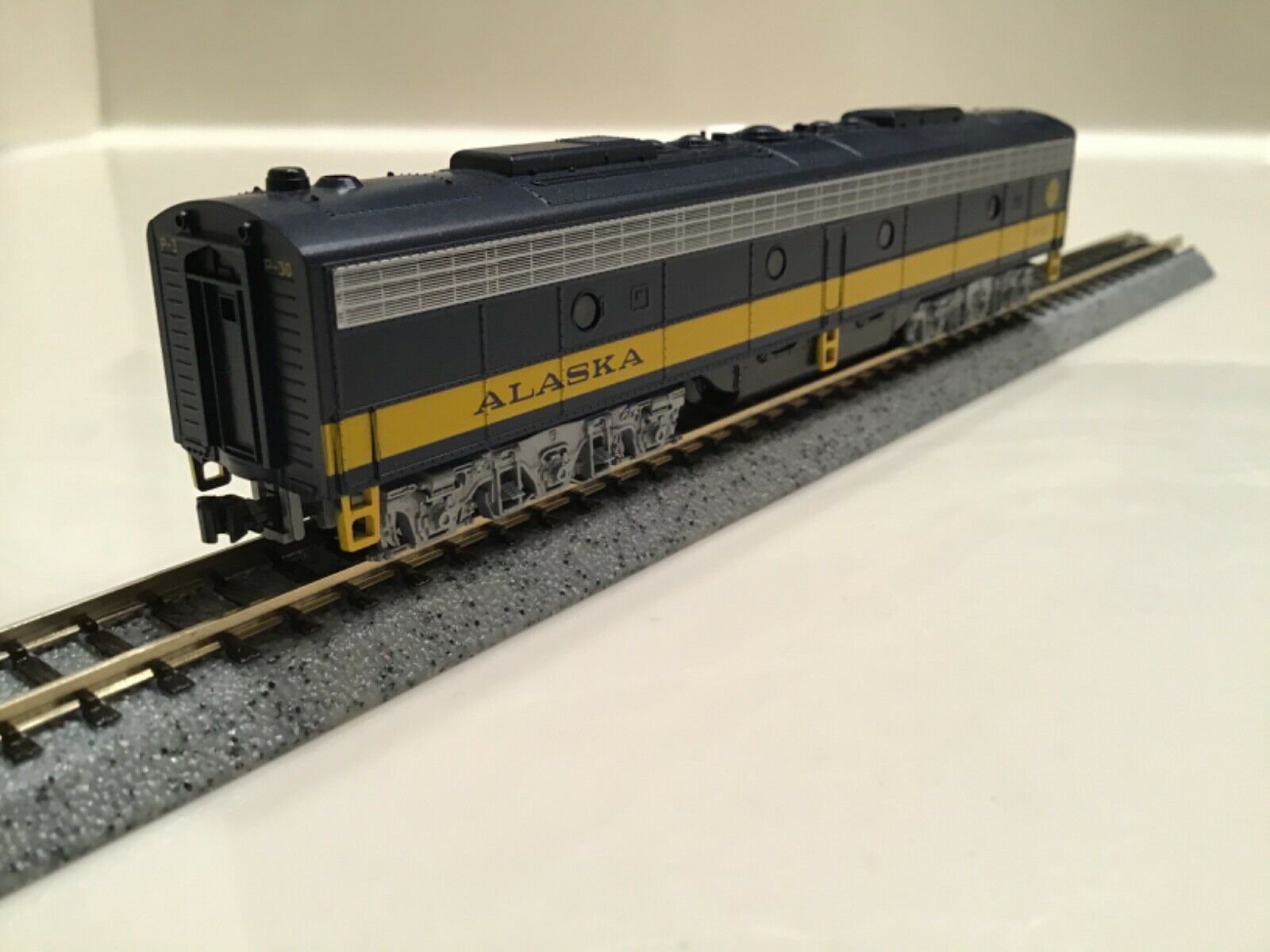 Model Information: This model was introduced in 2005. It is designed in the USA and produced in China like almost all of Atlas' recent products.

The detail is very nice and the performance is quiet and smooth (except at low speeds, where you may hear a slight buzzing). Like all similar Atlas models, it uses blackened, low-profile wheels and "golden white" LED's. This engine can likely pull 20 cars or more on a flat surface.


DCC Information: It is a new-enough design to be fully DCC-Ready, and supports a simple drop-in decoder. The Digitrax DN163A3 is an example of such a decoder.

The EMD MP15DC is a 1,500 hp (1,100 kW) switcher-type diesel locomotive model produced by General Motors' Electro-Motive Division between March 1974 and January 1983. 351 examples were built.
A MP15AC variant, with an AC drive, was also offered. Between August 1975 and August 1984 246 MP15ACs were built, including 25 for export to Mexico, and four built in Canada. The MP15DC replaced the SW1500 in EMD's catalog, and is superficially very similar to the predecessor model, using the same engine (a V12 EMD 645-series powerplant) in a similar design of hood and bodywork. The primary difference is the MP15's standard Blomberg B trucks.
The third version, EMD MP15T, was essentially a variant of the MP15AC in that it featured a turbocharged prime mover, which was meant to be more fuel efficient (it was also slightly longer than the MP15AC) using only an eight-cylinder version of EMD's 645E prime mover (the other two models featured 12-cylinder 645s). Only 43 were built, all but one being manufactured for the Seaboard System.

From Wikipedia (MP15DC) and (MP15AC)
Read more on American-Rails.com