Please help support TroveStar. Why?
17 of these sold for an average price of: 31.74 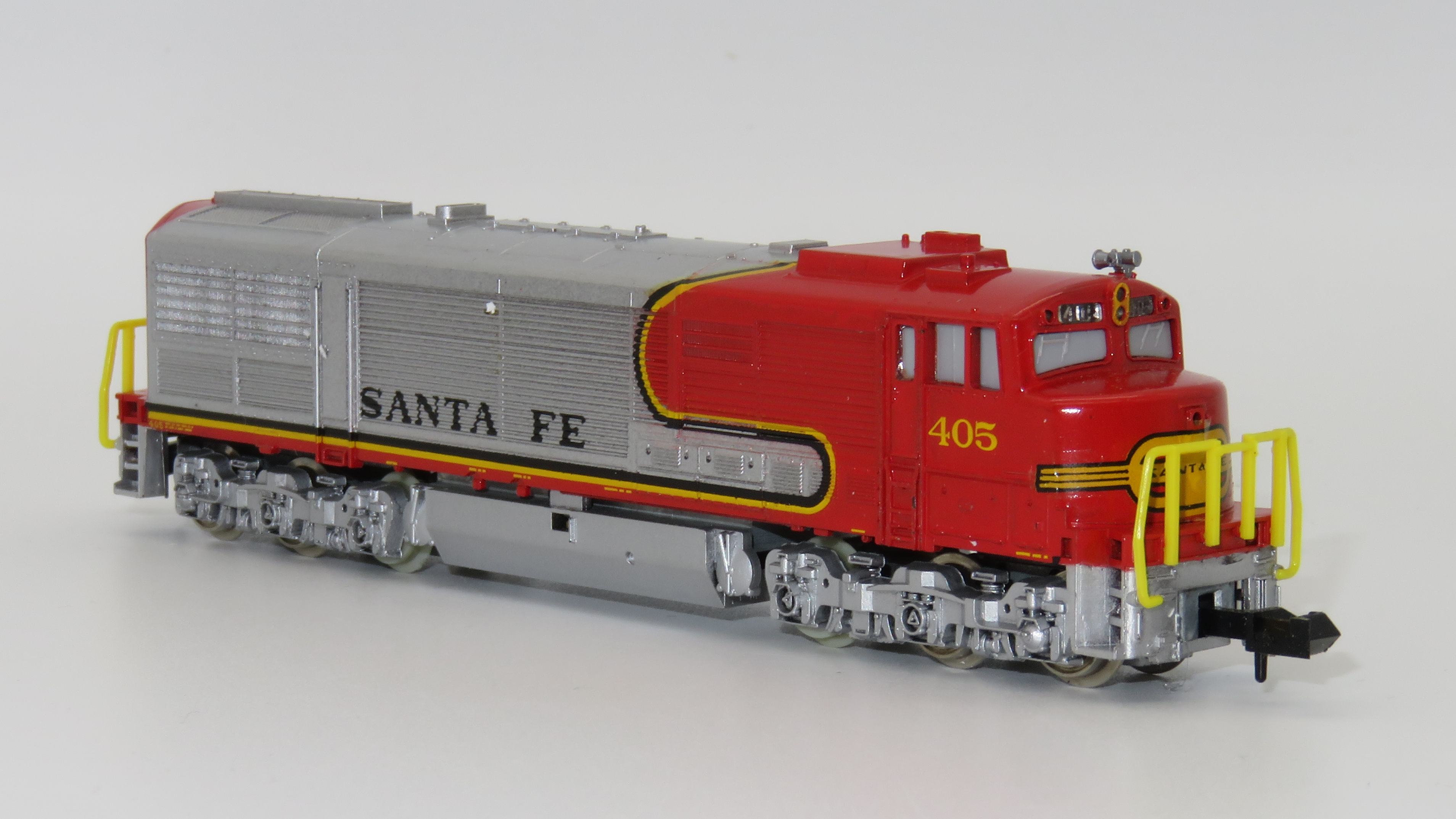 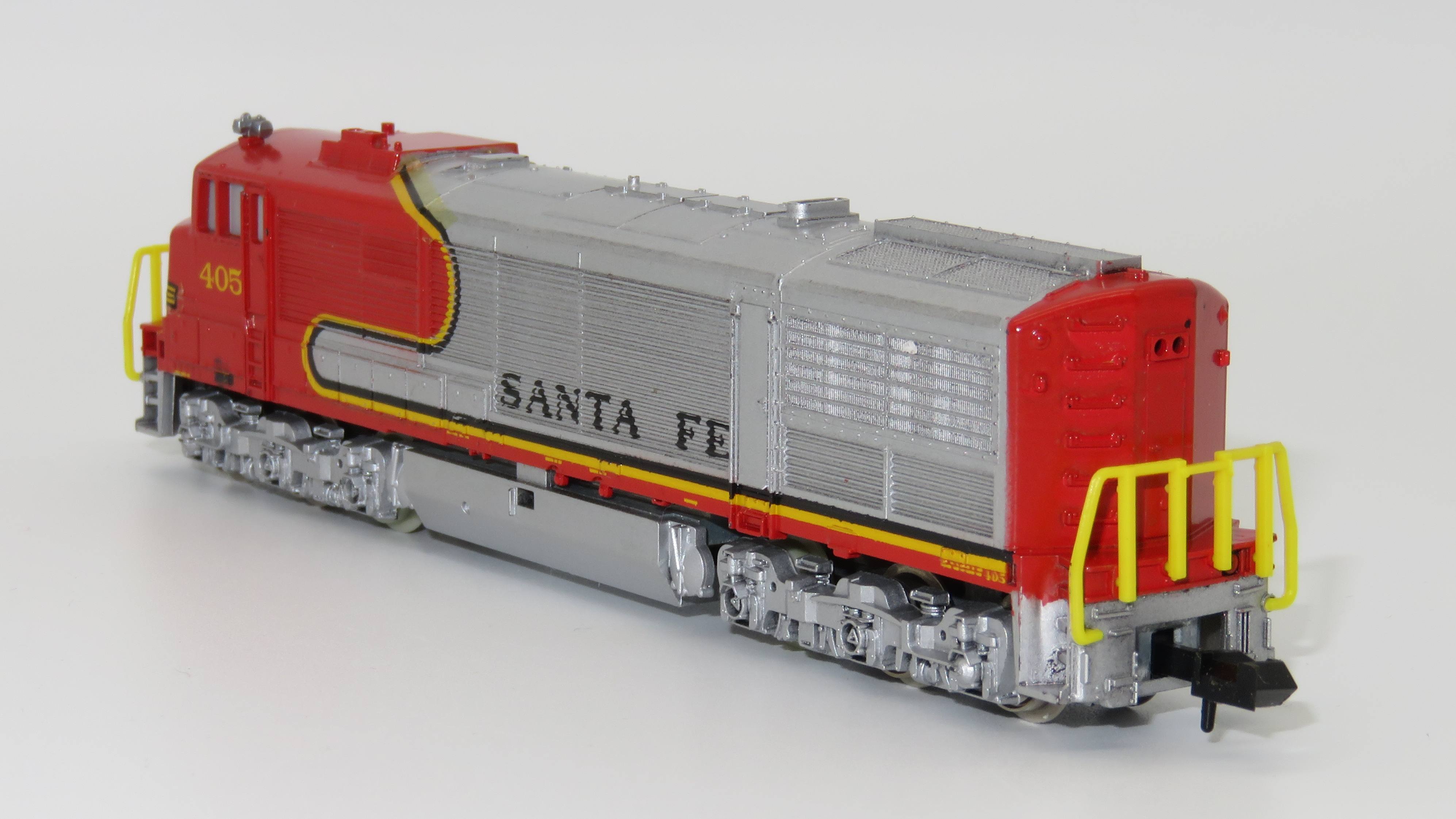 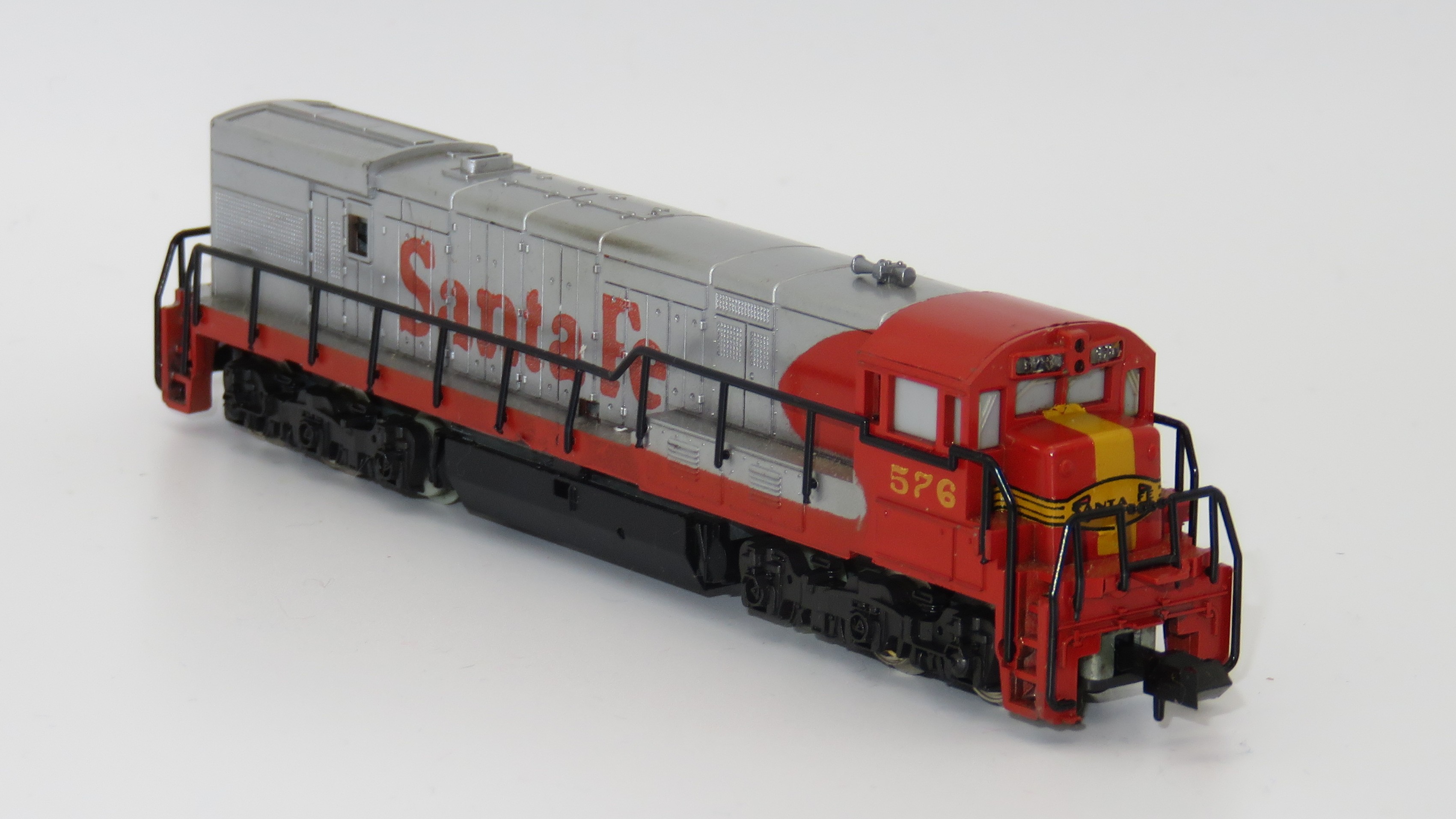 Specific Item Information: Made in Western Germany and first sold in the US under the Postage Stamp Trains brand, the Minitrix EMD F9A/B, FM H12-44, GE U28C, and GE U30CG, diesels and the 0-6-0, 4-6-2, and 2-10-0 steam locomotives were initially imported by the Aurora Plastics Corp. in the late 1960s. Following Aurora's demise, American Tortoise, Con-Cor, and finally the now defunct Model Power resumed the importation and sales of these models. Sold by Model Power, the engine depicted here is now discontinued.

Introduced by GE as a competitor to the EMD SD40 and SD40-2, the U23C and U30C locomotive chassis' were one of GE's earliest locomotive successes. Nicknamed "U-Boats", these units were used in multiple services, pulling coal trains, general freight, and even as a test-power unit for the Department of Transportation's subway car experiments in Colorado.
The 3000 horsepower GE U30C was one of the earliest successes from General Electric in the diesel locomotive market. The U30C has eight tall hood doors per side, a function of the V16 GE FDL diesel motor within. With 600 units sold, the U30C proved to be a viable alternative for customers who were unable to purchase SD40s or SD40-2s from Electro-Motive Diesel (EMD) due to production backlog.
Other than six tall hood doors matching six power assemblies per side, there are very few features which distinguish the U23C from the U30C.