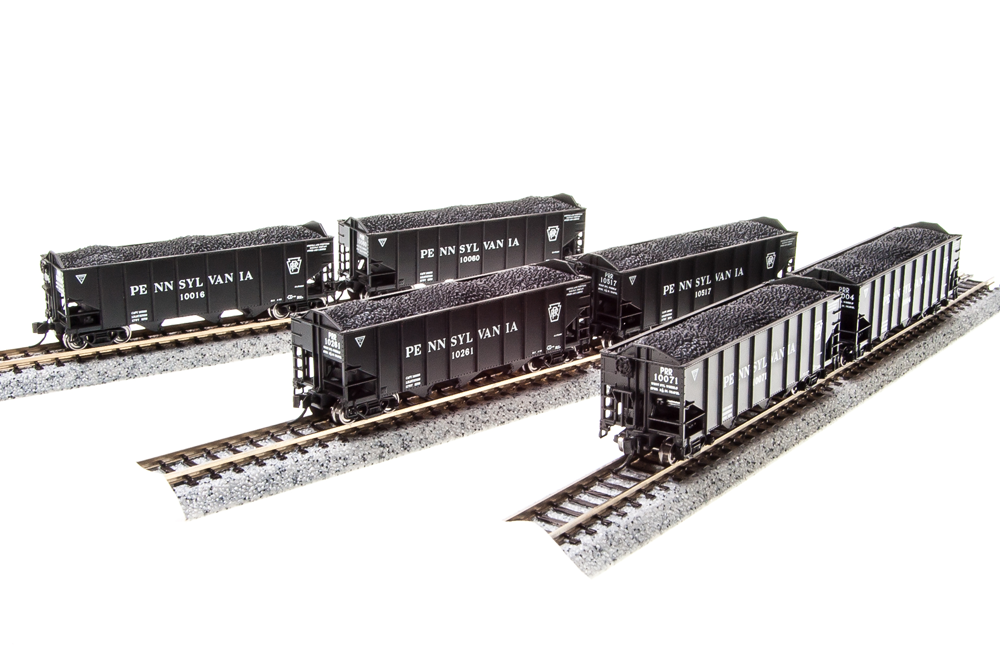 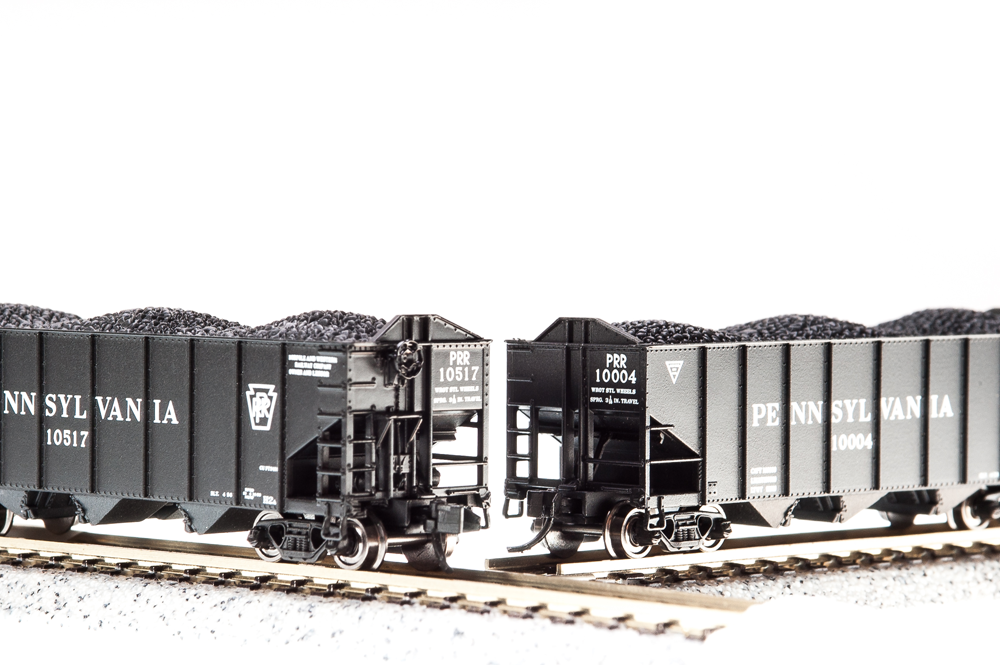 N&W also leased these hopper cars to the PRR and B&O where they were painted in their respective schemes. BLI offers these hoppers, also. The Roanoke Shops built 13,500 H2a hoppers between 1948 - 1956 and approximately 2,000 were leased to the Pennsy.