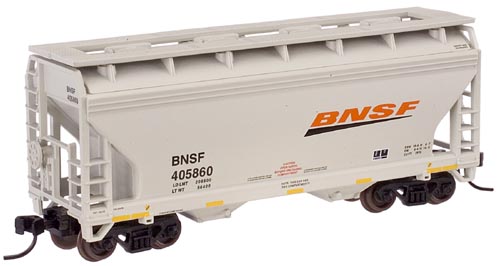 Model Information: This body style first appears in Atlas' 1992 catalog with a pre-production photo and labeled "Coming in late '91". Seven road names were announced as well as a 3900 Undecorated model. The original release was made in Atlas' New Jersey facility and marked "Atlas USA" on the frame. Later production was moved to China and marketed under Atlas' TrainmanÂ® line.