Blog Vehicles Vehicle Reviews What is the difference between a Lightweight and Heavyweight Passenger Car?

What is the difference between a Lightweight and Heavyweight Passenger Car? 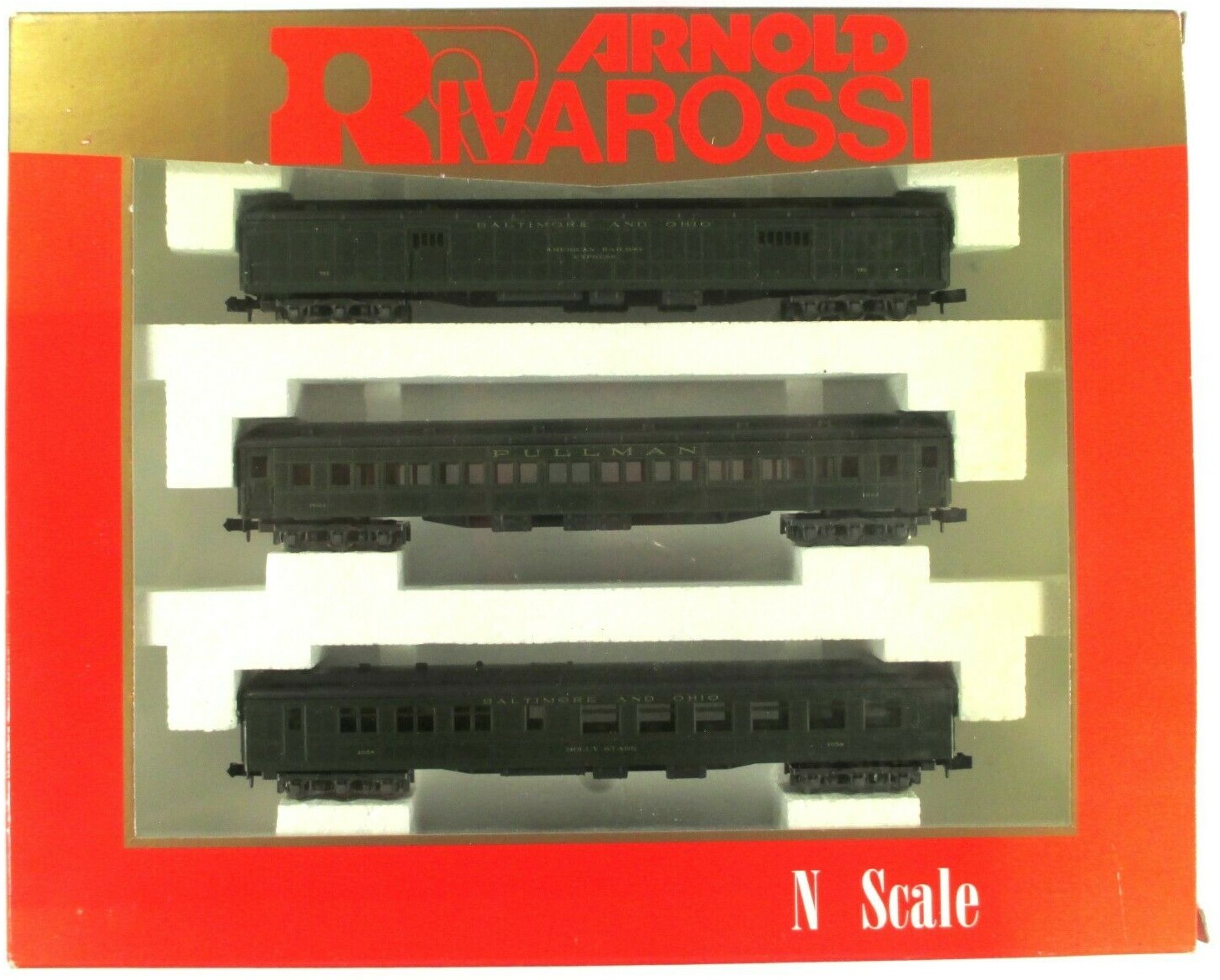 When many of us start model railroading, we don't know too much about prototype railroads. There are always exceptions, but the most common gateway to the hobby is that an older family member is involved and the interest spreads when a young boy gets to finally "meet" his grandfather when they finish the family meal and go down to the basement to see something more interesting than after dinner conversation.

Part of almost every hobbyist's collection is his set of passenger cars. Often times they carry the livery of a local railroad or sometimes the paint scheme catches the collector's eye. Very often no thought is given to whether the particular passenger cars go or don't go with the locomotives in your collection. Who cares? They're your darn trains! That being said, this blog should help you start to understand what you own (or are considering buying). For brevity sake, we will make some gross generalizations and confine ourselves to the 20th century.

One of the things you might notice on a modern-ish passenger car packaging label is the lack or presence of the term "Heavyweight."

Heavyweight refers to early 20th century cars built before the late 1930s. They were usually of riveted steel construction with 6 wheel trucks (not always) and large clerestory or arch roofs that tapered or curved at the ends. Heavyweights were built with a heavy under frame to hold the car body. 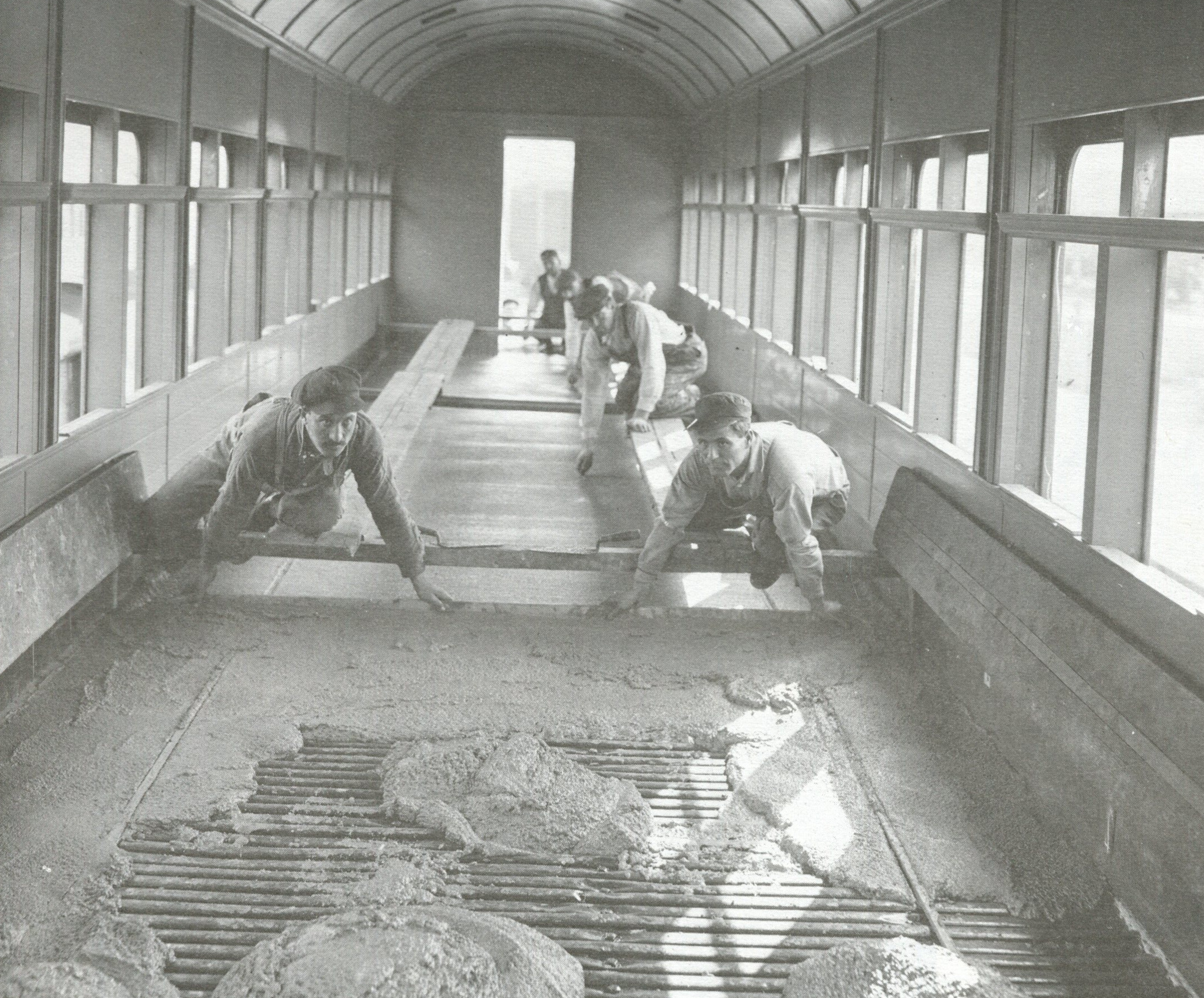 The floor was often of poured concrete (as pictured above), which helped give these cars a smoother ride than older wooden-body cars. The rest of the car was built on top of the frame and was structurally irrelevant. Heavyweight passenger cars weigh around 1 ton per foot of length. So a 85' car weighs in the area of 85 tons. Some railroads 'rebuilt' older heavyweight cars with new low profile roofs, thermopane windows, and flashy paint schemes to match the newer lightweights.

Lightweight cars were built starting in the late 1930s and with these cars the structure of the body is integral to its construction (rather than resting on top of the underframe) - no concrete here! The exterior was sheathed in welded steel or stainless steel, had 4 wheel trucks and the roof was usually a lower arch that did not have a taper at the end. The New Haven's first lightweight cars weighed around 60 tons each for an 85' car, a significant savings in dead weight that RR's didn't have to pay to haul around. These cars started appearing at the same time the streamlined fashion was popular. Almost all lightweight cars are streamlined, featuring corrugated or smooth sides that minimized wind resistance (and looked snazzy, too). These cars were built with A/C and were considered very modern in the 1940s and 1950s. When Amtrak picked up intercity passenger service in 1971, they only purchased newer lightweight cars from the rosters of the existing American railroads.

George has been collecting trains for more than two decades. He started writing about the models and the process of collecting more recently. As well as the TroveStar Blog, George's written work has appeared in the N Scale Enthusiast Magazine. He loves talking about collecting, models, manufacturing and modular railroading. His background in management of massive amounts of financial data made him interested in using some of that knowledge to benefit various collectors. He lives on Cape Cod in the state of Massachusetts with his wife and three cats.
Click Here for all Articles on Vehicles
The copyright for this article is held by the author.
rights were granted to: TroveStar LLC