Train Wreck Songs and the Stories Behind Them 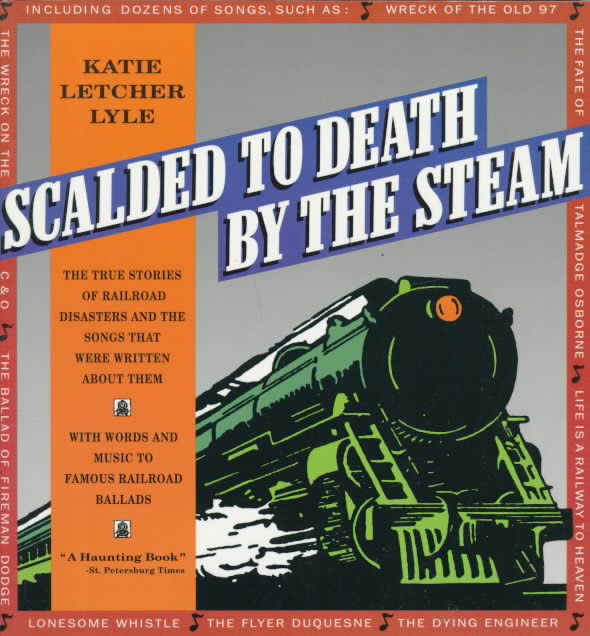 This past weekend, George and I went back to school -- the David Cawley Middle School to be exact. That's where the Hooksett Lions Club (Hooksett, NH) held its annual model train show.

George went as a member of the Northeast N-TRAK Club. Armed with carrot cake muffins (to help club members keep up their stamina -- they arrived at 7:00 a.m. to set up their modules) I went to the show in search of books to add to my library on railroads.

Of course there are lots of great reasons to attend train shows. (See 3/28/2017 blog, 12 Reasons to Attend Your Local Model Train Show). However, I especially like the prospect of finding literature (at reasonable prices) on the railway industry in the U.S. and around the world. (In March I found Railroads Triumphant, The Growth, Rejection & Rebirth of a Vital American Force by Albro Martin, published in 1992. See 3/27/2017 blog, Greenberg Train Show: Treasure Trove for Books on American Railway.)

A successful book hunt!
I found Scalded to Death by the Steam: Authentic Stories of Railroad Disasters and the Ballads that Were Written About Them by Katie Letcher Lyle. This book presents a unique account of the dark side (death, destruction and injuries from train crashes and derailments) of riding the rails from the Civil War to World War I.

To be sure the subject of train accidents does not make for light reading. Due to a train's enormous mass and velocity, when a train crashes or derails, it almost always leaves death and destruction in its wake. During the Age of Steam, rail safety took a back seat to profits and expansion and led to many railroad wrecks. The lack of adequate safety equipment and policies resulted in hundreds of headlines like:

The Wreck of the Old 97
This book addresses this bleak side of rail travel with a novel approach and helps readers not only learn about this important part of the travel by steam engine but also helps readers "digest" this rather grim information and appreciate the power of music as a way to grieve and pay tribute to train engineers and the passengers who died in these accidents. 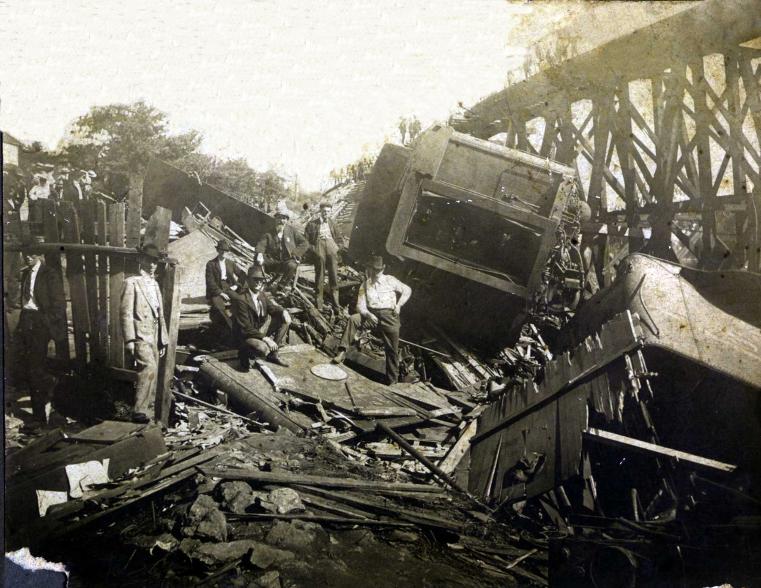 The title of the book comes from the ballad, The Wreck of the Old 97, which is based on the September 1903 wreck of one of the world's fastest mail trains -- number 97 -- on the Southern Railway just outside Danville, VA.

"They were goin' down grade making ninety miles an hour,

When the whistle broke into a scream,

Scalded to death by the steam"

Apparently, mail trains (the TroveStar nscale db features an Overton U.S. Mail and Baggage car) were known for their accidents and wrecks. Lyle features information from Stewart Holbrook's The Story of American Railroads. "In almost every wreck, the postal car, being up forward, was derailed or smashed, and often burned. From 1876 to 1905, there were 9,355 accidents to trains carrying postal cars."

And advertisements for artificial limbs were commonplace given the injuries railway workers suffered.

Lyle grew up listening to and singing train wreck ballads like the Wreck of the Old 97; Life is a Railway to Heaven; and The Dying Engineer. She used these train songs as the starting point for her book, which appeals to both musicians and historians. Music to many songs has been transcribed for easy guitar accompaniment and Lyle provides historical data and information on the state of the railway. In addition to lyrics and music, Lyle includes personal histories of some of the people involved in these rail wrecks. Scalded to Death also features many photos, newspaper accounts, advertisements of the day and poems about trains and train wrecks.