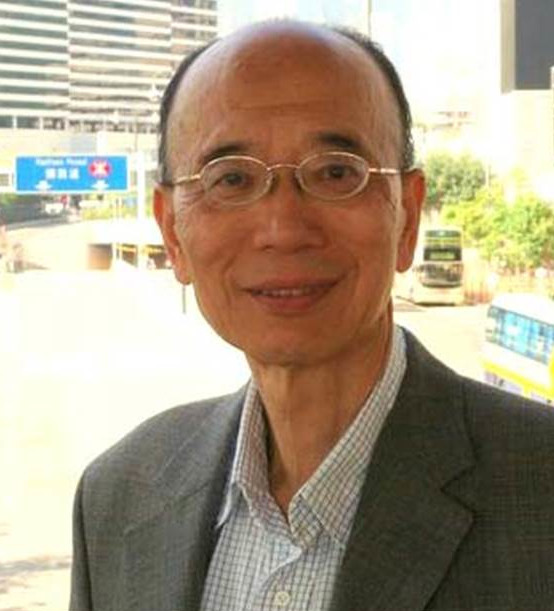 The Unassuming Man Who Built a Model Railroad Empire

This article was written by Kenneth Haedrich. All content from Atlas website is used with specific permission of Atlas Model Railroad.

On the evening of September 23rd, 1990, after 50 continuous days of operation and the estimated equivalent of 23 years of normal use, a Life-Like Chesapeake & Ohio BL2 locomotive pulling six Athearn passenger cars faltered and then quietly expired its way into model railroading history. A lone security guard who witnessed the event in the basement of a former BF Goodrich building reported that the HO scale train began to ârun funnyâ shortly before eclipsing the standing Guinness Book of World Records for endurance by roughly 343 hours.

Which is where our story begins, on a footnote that would have passed unnoticed by all but a handful of industry insiders: that the creative genius behind the stalwart locomotive in question, the designer and manufacturer of the BL2, was one Mr. WaiShing Ting, the most venerable icon of model railroading you've probably never heard of...and probably should.

He's certainly the busiest, or was at least, until his recent retirement as the CEO of Sanda Kan, the Hong Kong based train maker to the stars of model railroading. Over a span of three decades and a trail of more than a million frequent flyer miles, WaiShing Ting took Sanda Kan from a fledgling enterprise to a manufacturing behemoth. His client listâthe manufacturers he manufactured forâincludes names like Atlas, Lionel, Aristo-Craft, Micro-Ace, S-Helper, Hornby, Brawa, Marklin and Tomix. They and many others came to Ting, more often than not referred by one another, because his achievementsâhis BL2sâwere no accident but his trademark. âFrankly,â says Dick Maddox, the former COO and President of Lionel, âI don't know what we would have done without him. He was the best business partner we could have had and a wonderful man to work with.â

WaiShing Ting did slow down just long enough in July of 2007 to accept the model railroad industry's Hall of Fame Award, âIn Recognition of Outstanding Leadership and Contributions to the Model Railroad Industry.â Lewis Polk, President of Polk's Model Craft Hobbies, was on the committee that nominated Ting for the award. âI knew just how much he meant to the industry. He cared about everybody, he was a loyal friend, and he was able to face any problem in business and resolve it.â

It was always the pursuit of excellence, however, and not visions of fame that had driven Mr. Ting. âWSââas his colleagues sometimes refer to himâwas born in 1934, the first child of parents whom, he says, taught him the importance of honesty, practicality and concern for others. He was especially close with his paternal grandfather, who had retired early and then volunteered his time to the local poor who couldn't afford medical care. Not surprisingly, Ting's boyhood dream was to become an emergency room doctor and save lives.

"...he was a loyal friend, and he was able to face any problem in business and resolve it."

His father enrolled Ting in Shanghai's Xuhui Middle School - a Catholic boarding school run by priests. WaiShing soon discovered he rather liked the order imposed by the faculty. âIt was like a military school,â he recalls. âWe knew exactly when we had to go to sleep, get up, and arrive in class. We had 3 minutes to get everything out of the desk that we needed for class.â

Straight out of middle school, Ting enrolled in Shanghai Polytechnic. A career in medicine would have to wait: as the oldest of seven siblings, Ting felt an obligation to go to work as soon as possible to help support his large family. Three years later, he graduated with a diploma in mechanical engineering.

After working as an engineer for a company that made diesel engines, Ting moved to Hong Kong in 1962 to take a job with American-owned Shriro Precision Engineering. His timing was fortunate: the firm was phasing out their repair work on prop engines and focusing on the manufacture of plastic injection molds for small parts for the electronics industry - transistor radio cabinets, knobs and the like. It was Ting's first experience with making plastic molds and an important chapter in the education of a future model railroad manufacturer.

Shriro closed their doors for good in 1965, the same year that Roy Cox, a California toy maker, arrived in Hong Kong in search of a supplier of DC motors for his line of slot cars. Ting's former boss at Shriro knew Cox and had heard that he was unhappy with the quality of the motors he'd found in Hong Kong. So he arranged a meeting between the two.

The most memorable thing about it, says Ting, was its brevity: after about 5 minutes he had convinced Roy Cox that he could in fact manufacture a superior motor. A deal was struck. Cox International was formed with Ting as the new managing director, a position he would hold for years.

When Ting left Cox and moved to Sanda Kan in 1979, he was no stranger to the company. Indeed, he had helped start it 6 years earlier when he and Sol Kramer of Life-Like Products launched Sanda Kan as a joint venture. Kramer needed a supplier of motors and other parts for his model railroad company. Ting, who was looking for a fresh challenge, agreed to a partnership but had a change of heart - at least for the time being - when Cox decided to start their own model railroad division. It's hard to appreciate the depth and breadth of WaiShing Ting's impact on the model railroad industry without taking stock of just how large Sanda Kan would grow under his leadership.

âI tried to create a culture of continuous learning. We always looked for ways to innovate, improve and adapt new technologies."

So try to imagine, if you will, 10 factories with over 1.2 million square feet of space in Guang Dong, one of China's most prosperous provinces. Picture upwards of 10,000 employees (and their housing) including 60 designers, 275 product and production engineers, 50 business engineers and 400 highly skilled toolmakers. Now consider that every component for every locomotive, every piece of rolling stock, track, transformer and accessory that Sanda Kan makes is created and assembled, essentially, under one roof - and you're starting to get the picture.

Maybe it's just his calm, fireside-chat manner of answering questions that throws you. But looking back on WaiShing Ting's career at Sanda Kan, it's hard to decide what's more remarkable: the fact that he managed to create all this from a company of 200 employees making a handful of products for a single brand, or the fact that he makes it sound like it was almost easy, the natural result of some guiding principles that could fit on a couple of Post-it notes. When he first started, did he have any sense of how big or how profitable Sanda Kan would become?

âNo, I didn't. My vision has always been to serve my customers and put them first. I knew if I did that, we would grow and make a profit.â How did he manage to keep tabs on so many employees?

âI put trust in people. When I hired, I always valued loyalty over talent. I can teach someone to do a job, but I can't teach loyalty. I encouraged everyone to think like an owner of the company.â

As for the ongoing challenge of honing Sanda Kan's competitive edge? âI tried to create a culture of continuous learning. We always looked for ways to innovate, improve and adapt new technologies. I often told my employees that what might have been a good product yesterday may not be a good product for today.â

A Reversal Sets the Stage for a Sale...and The Future

By the mid-1990s, bolstered by China's economic reforms, a growing client list and a deep labor pool, Sanda Kan was prospering. It seemed that nothing could slow them down when WaiShing Ting was dealt a devastating blow - a serious heart attack. Had it not been for the quick work of a son-in-law who drove him to a nearby hospital, Ting might not have survived.

"He remained a tower of strength in the midst of the storm. His efforts saved the company."

His brush with death, says Ting, brought him face to face with Sanda Kan's vulnerability. And with no family successor to take his place, he knew he would have to find a buyer for Sanda Kan to protect the interests of his clients and his employees. It would be five years before a match was found, but in 2000 Sanda Kan was purchased by ZS Fund, a private equity firm. WaiShing Ting would stay on as director of day-to-day operations.

Sanda Kan would be sold twice more: in 2004 to the Hong Kong based JP Morgan Partners, and in January of 2009, after falling on difficult times, to Kader Holdings, the parent company of Bachmann Industries. Especially during Sanda Kan's most diffifuct times, says Frank Martin, Chief Executive of Hornby Plc, âWS Ting was there. He remained a tower of strength in the midst of the storm. His efforts saved the company. He was a source of inspiration to his colleagues and workers in Sanda Kan, and a trusted friend to many of his customers.â

The recent sale came during one of the most uncertain economic periods of the last 100 years. But Kaders' business and manufacturing strength in China, combined with a company founded on the principles of quality and innovation, will continue to be a driving force behind the new Sanda Kan.

Tom Haedrich, CEO of Atlas Model Railroad Co., who has worked with âWSâ and the Sanda Kan organization for the past 18 years, says âThe model railroading industry is always changing. We've now entered one of the most tumultuous periods ever seen.

A rare intersection of powerful local and global forces in technology, distribution, contract manufacturing, global economics and the resulting consolidations will change the face of model railroading for years to come. Thanks to the vision, hard work and dedication of WaiShing Ting and the strength of the company he created, the new Sanda Kan has an excellent opportunity to continue as the best example of worldwide model railroading production.â

WaiShing Ting is similarly upbeat. âKader is the oldest and leading toy manufacturer in Hong Kong. They're family owned and the third generation is now starting to run the business. I believe Sanda Kan is in the right hands and that this will be good for all parties concerned.â We can think of no one who is more qualified to make that call than Mr. WaiShing Ting, the most venerable icon of model railroading.

George has been collecting trains for more than two decades. He started writing about the models and the process of collecting more recently. As well as the TroveStar Blog, George's written work has appeared in the N Scale Enthusiast Magazine. He loves talking about collecting, models, manufacturing and modular railroading. His background in management of massive amounts of financial data made him interested in using some of that knowledge to benefit various collectors. He lives on Cape Cod in the state of Massachusetts with his wife and three cats.