16.95One of these sold for an average price of: 16.95
Click to see the details
history
This item is not for sale. This is a reference database.

Model Information: Introduced directly into the Atlas Trainman (Plus) line, this model first came out in 2011. It features a relatively simple design which allows Atlas to keep production costs low. It is nevertheless a very fine model with nice detail and printing. It won't run on tight curves but it looks great when loaded with Atlas trash containers. It features body-mount couplers and metal wheels making it a nice example of 3rd generation rolling stock design at a reasonable price. 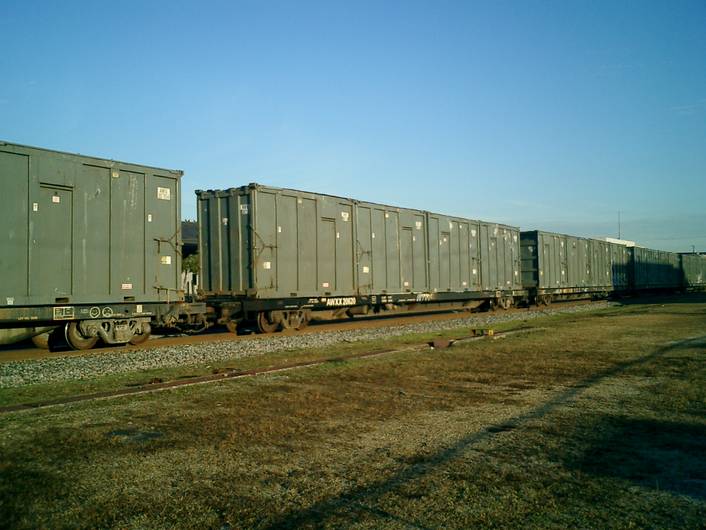 COFC (Container On Flat Car) cars are typically 85' to 89' long and carry four 20' intermodal containers or two 40' shipping containers. With the rise of intermodal freight transport-specific well cars that allow double stacking, and given the age of most of these flats, numbers will decline over the next several years.
The 85' COFC flat are however still in use to transport MSW (Municipality Solid Waste) 20' containers.


Road Name History: ECDC Environmental LC is an industrial waste disposal facility unlike any other in the nation. Located in East Carbon, Utah, ECDC's engineers and developers pursued a vision of a landfill that exceeds all traditional standards. The facility utilizes the nation's vast railroad transportation grid, allowing customers across America the advantage of one of the "Greenest" methods of transportation. ECDC is a state-of-the-art industrial waste landfill with over 300 million cubic yards of permitted capacity within 3,100 acres of private land, located 140 miles southeast of Salt Lake City in arid high desert terrain.

ECDC is a wholly owned subsidiary of Republic Services Inc., the second largest waste disposal company in the nation. This relationship provides ECDC with the substantial financial and engineering resources to take on large volume projects, as well as technical support from Republic's extensive environmental organization. The facility represents a connected, efficient group of systems which position ECDC Environmental LC as America's premier rail-served landfill.