Model Information: ScaleTrains.com introduced this model in 2017. It is the first ScaleTrains.com N-Scale locomotive release. The Union Pacific 8500 horsepower "Big Blow" GTEL ships with either a 23C or a 24C tender. Each box set comes with three separate units. The first two units are the powered A and B locomotives. The final unit is the tender. The MU's have dual-flywheel, 5-pole skew-wound motors. The DCC version has a separate decoder in the tender dedicated to sound functions.

A ScaleTrains.com "Rivet Counter" product, the model has a massive number of road specific details and factory applied parts such as grab irons, coupler cut levers, and windshield wipers, photo etched metal grills and walkways, and intricate frame rail details which include traction motor cables. It is an amazingly impressive model with a hefty (but well-earned) price tag.


DCC Information: Factory DCC sound equipped models are fitted with ESU-LokSound Select micro decoders with "A" unit prime mover and "B" unit turbine sounds. Note that each unit, A, B and fuel tender is equipped with a separate decoder!

User manual for Sound version, including assembly drawings and parts list, can be found on ScaleTrains.com website. 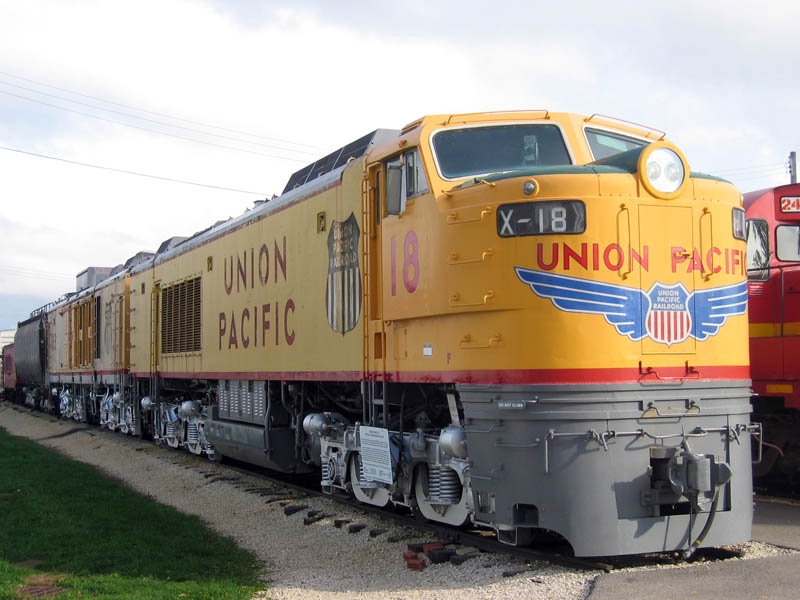 Union Pacific operated the largest fleet of gas turbine-electric locomotives (GTELs) of any railroad in the world. The prototype, UP 50, was the first in a series built by General Electric for Union Pacific's long-haul cargo services and marketed by the Alco-GE partnership until 1953. The prototype was introduced in 1948 and was followed by three series of production locomotives. At one point, Union Pacific said the GTELs hauled more than 10% of the railroad's freight.