Collectors value this item at an average of 95.32

Specific Item Information: #600 was the first ACS-64 to enter Amtrak service which has special âDavid L. Gunnâ (President of Amtrak from 2002 â 2005) lettering on the nose!


Model Information: This engine was introduced in 2015. It is a very attractive modern Kato mechanism which runs smoothly and quietly, has excellent creep and can pull long passenger consists.

The mechanism is very similar to Kato's earlier Glacier Express and demonstrates a split-frame, shock-absorber construction with a very nice system for consistently delivering power from the wheels to the lightboard.

Unlike the Glacier express, this unit is designed for standard Kato operating knuckle couplers.


DCC Information: This engine accepts the same decoders as the Glacier Express model and is fairly easy to upgrade. 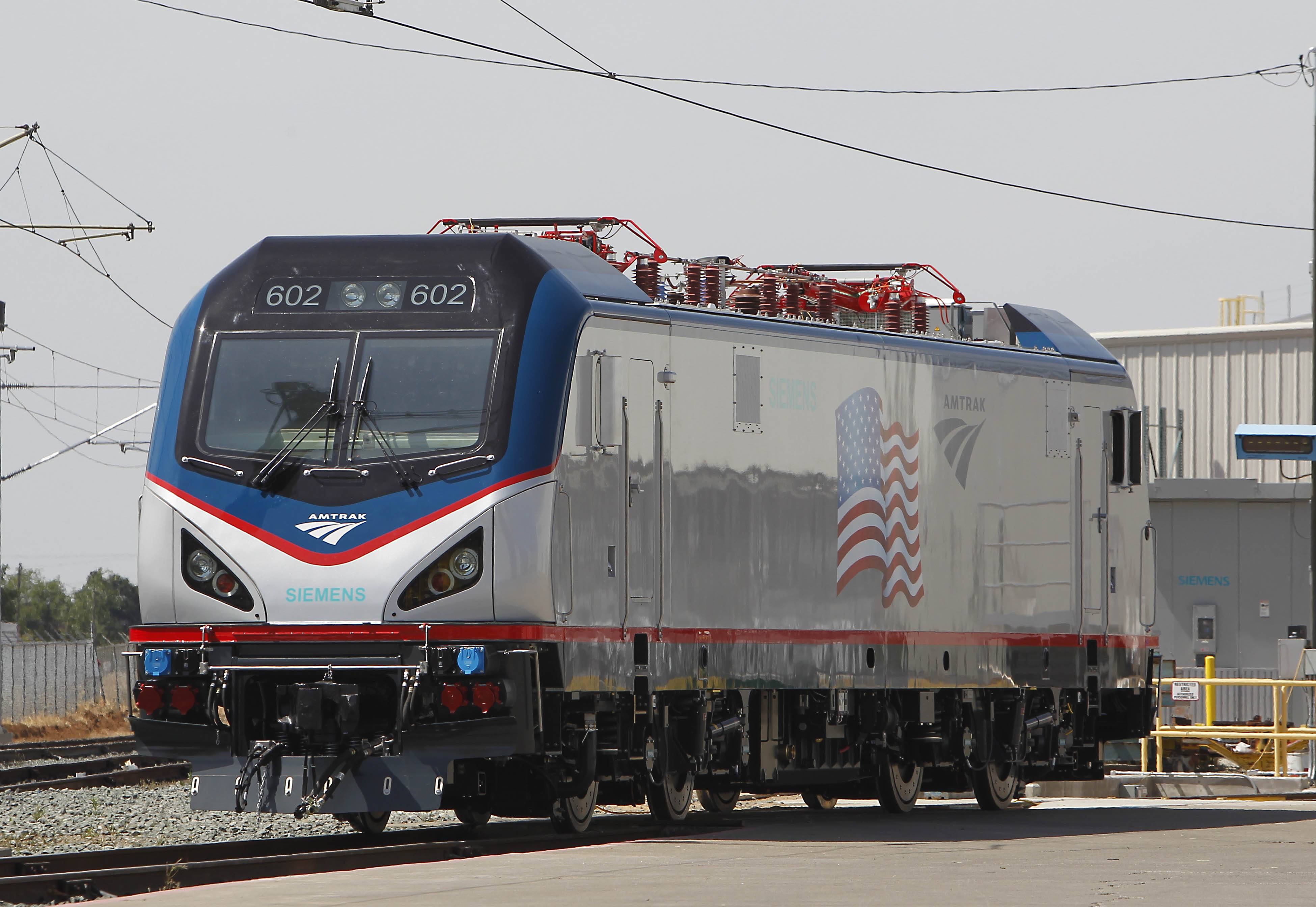 The Siemens ACS-64, or Amtrak Cities Sprinter, is an electric locomotive designed by Siemens Mobility for use on the Northeast Corridor (NEC) and the Keystone Corridor in the northeastern United States. The design was based on locomotives Siemens created for use in Europe and Asia, but with changes to comply with American standards. The ACS-64 is built at the Siemens factory in Florin, California, located outside of Sacramento. The first 70 locomotives were built for Amtrak to replace the railroad's fleet of aging AEM-7 and unreliable HHP-8 locomotives. The first ACS-64 entered service in February 2014 and deliveries continued until August 2016. SEPTA Regional Rail in Southeastern Pennsylvania operates a fleet of 15 ACS-64s since August 2018, on the agency's commuter rail routes. .

The design is based on the EuroSprinter and the Vectron platforms, which Siemens sells in Europe and Asia. Significant structural changes to the design were made to comply with American crashworthiness requirements, including the addition of crumple zones and anti-climbing features as well as structural strengthening of the cab, resulting in a heavier locomotive than the previous models. The body is a monocoque structure with integral frames and sidewalls. The locomotives are able to operate from the 25 kV 60 Hz, 12.5 kV 60 Hz, and 12 kV 25 Hz power supplies used on the Northeast Corridor, and have a maximum power of 6,400 kilowatts (8,600 hp). The locomotives are designed to be capable of accelerating 18 Amfleet cars to maximum speeds as high as 125 mph (201 km/h) on the Northeast Corridor in a little over eight minutes, with trains of eight Amfleets taking two and a half minutes to reach the same speed. They have advanced safety systems, including specialized couplers designed to keep trains from rolling over, jackknifing, or derailing during a collision. Additionally, the new locomotives are more energy-efficient than those that they replace, and lack dynamic braking grids in favor of 100% regenerative braking, depending on grid receptiveness. Energy generated from the brake may also be used to meet HEP needs, further reducing current draw from the grid.

Each locomotive has two electrical converter units with three IGBT based, water cooled output inverters per converter. Two of the inverters power the traction motors; the third unit supplies head-end and auxiliary power. The HEP/auxiliary inverters are dual-redundant and identical (rated 1,000 kW or 1,300 hp), allowing the locomotive to remain in service should one inverter fail en route. The locomotive bogies are fabricated steel designs, with low-lying traction links and center pivot pin. The traction motors are frame-mounted, with torque transmitted via a hollow shaft drive. Locomotive braking is facilitated by cheek mounted disc brakes on each wheel. In order to comply with "Buy American" laws, the locomotives are being manufactured at Siemens' factory in Florin, California, with traction and electrical equipment being manufactured at Siemens facilities in Norcross and Alpharetta, Georgia.[5] Traction inverters are manufactured in Alpharetta, and the traction motors and gear units are manufactured in Norwood, Ohio.