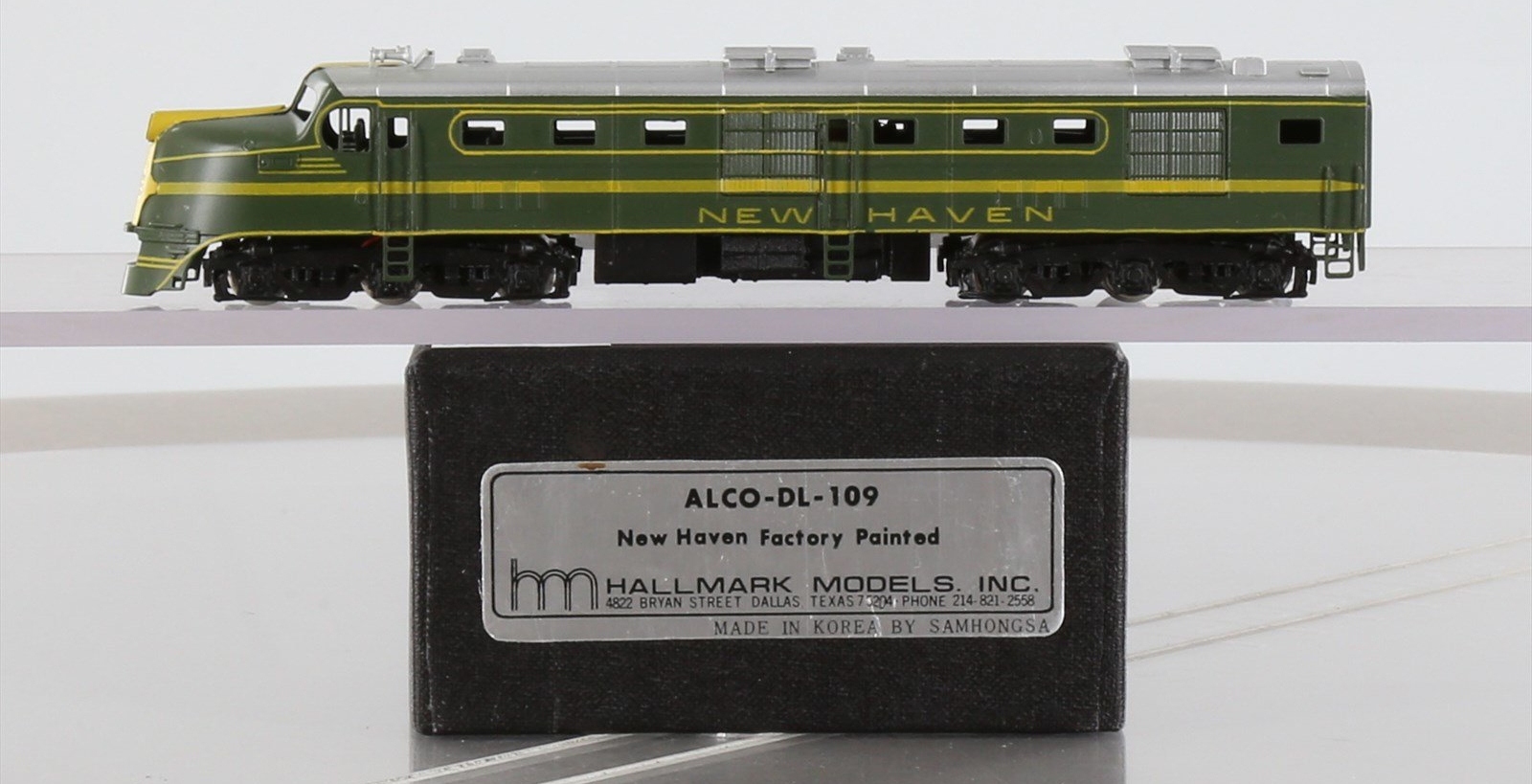 Model Information: This brass model was introduced by Hallmark in 1984. Like most brass locomotive models, this engine lacks window-glazing, lighting, and couplers. It does, fortunately, have pockets for easy installation of MTL couplers, and they even provide the screws to help you attach them. The shell detail is excellent. The paint is sharp and there are tons of detail parts such as hand-grabs. They also have detailed interiors. This is a fairly rare feature for ANY N Scale model. All wheels are geared. Ten of the twelve wheels provide pickup The loco is driven by a 5-pole, skew-wound motor.