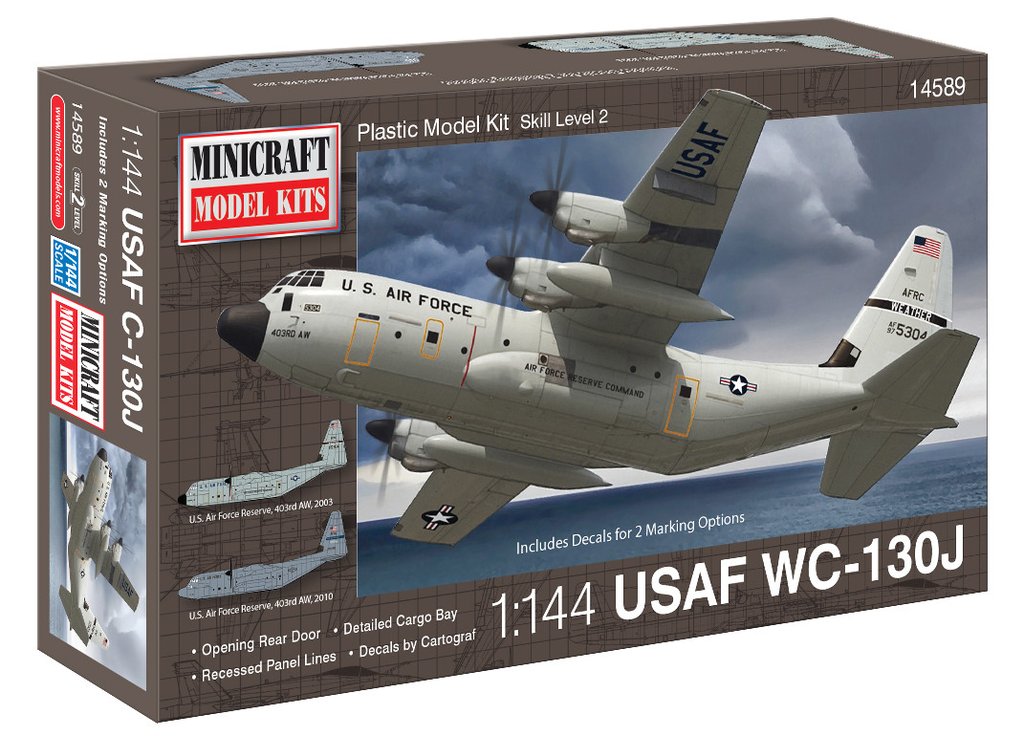 
Specific Item Information: The C-130 has been one of the most effective transport and cargo carrying aircraft in history. First deployed in 1957, the C-130 has been continuously up-dated and evolved into a virtually new aircraft design with markedly enhanced capabilities. The C-130 has been adapted to serve a variety of missions for the U.S. Air Force going far beyond the original transport design.

This 1/144 scale model represents the WC-130J assigned to 53rd Weather Reconnaissance Squadron "Hurricane Hunters". These aircraft make up more than 95 percent of the total flying missions operating from Keesler AFB in Mississippi.