Model Information: This Broadway Limited Imports model was first released in July of 2018.


DCC Information: All models in this series were released with factory installed DCC and Sound. 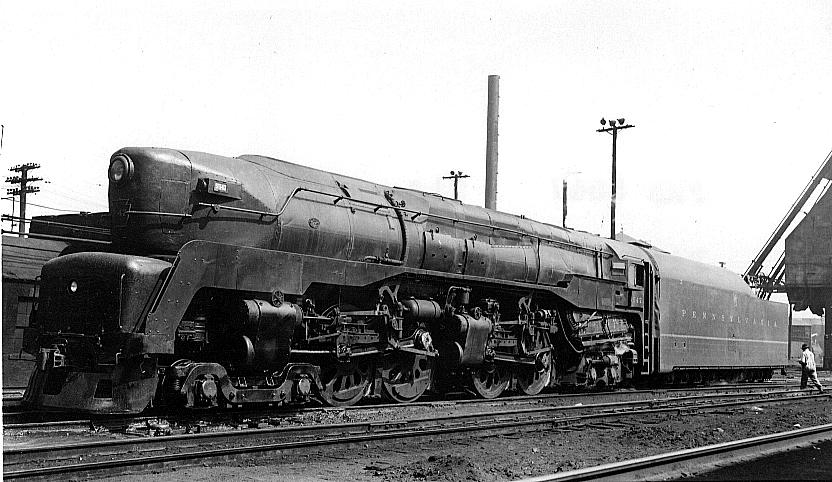 The Pennsylvania Railroad's 52 T1 class duplex-drive 4-4-4-4 steam locomotives, introduced in 1942 (2 prototypes) and 1945-1946 (50 production), were their last steam locomotives built and their most controversial. They were ambitious, technologically sophisticated, powerful, fast, and distinctively streamlined by Raymond Loewy. However, they were also prone to wheelslip both when starting and at speed, complicated to maintain, and expensive to run. The PRR vowed in 1948 to place diesel locomotives on all express passenger trains, leaving unanswered questions of whether the T1's flaws were solvable. An article in the Pennsylvania Railroad Technical and Historical Society Magazine published in 2008 revealed that the wheel-slip problems may have been caused by the failure to properly educate engineers transitioning to the T1, resulting in excessive throttle applications, which in turn caused the driving wheels to slip. Another root cause of wheel slip was faulty spring equalization. The drivers were equalized together and not equalized with the engine truck. In the production fleet, the PRR equalized the engine truck with the front engine and the trailing truck with the rear engine which helped to solve the wheel-slip problem.