Model Information: This popular InterMountain model comes in both kit and RTR (Read-to-Run) versions. Different couplers have been used over the years. Recent (2010+) versions have generic magnetic operating couplers. 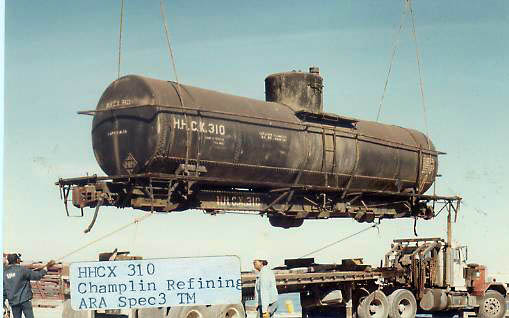 The ACFÂ® 8,000 Gallon Type 27 Tank Car was one of the most popular standard design riveted tank cars of the first half of the twentieth century. ACFÂ® built more than 1,800 of these cars for a wide variety of customers in the petroleum, chemical, and food industries. Virtually every bulk liquid or gas of the era was shipped in these cars (and its similar 10,000 gallon brother). Typical products included petroleum, acids, alcohol, propane, ammonia, molasses and vegetable oil.