5.25Collectors value this item at an average of 5.25
Click to see the details
collector
This item is not for sale. This is a reference database. 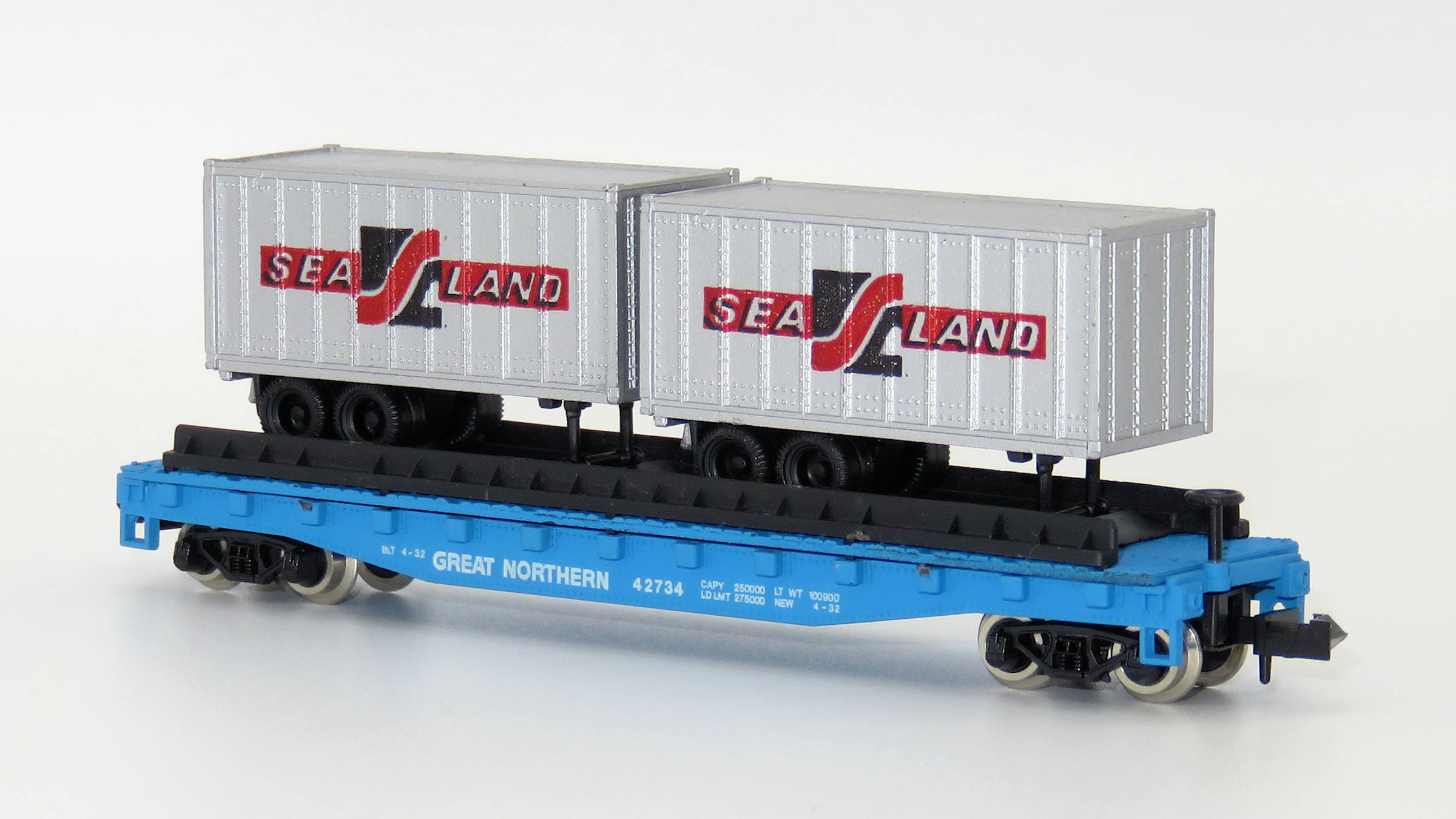 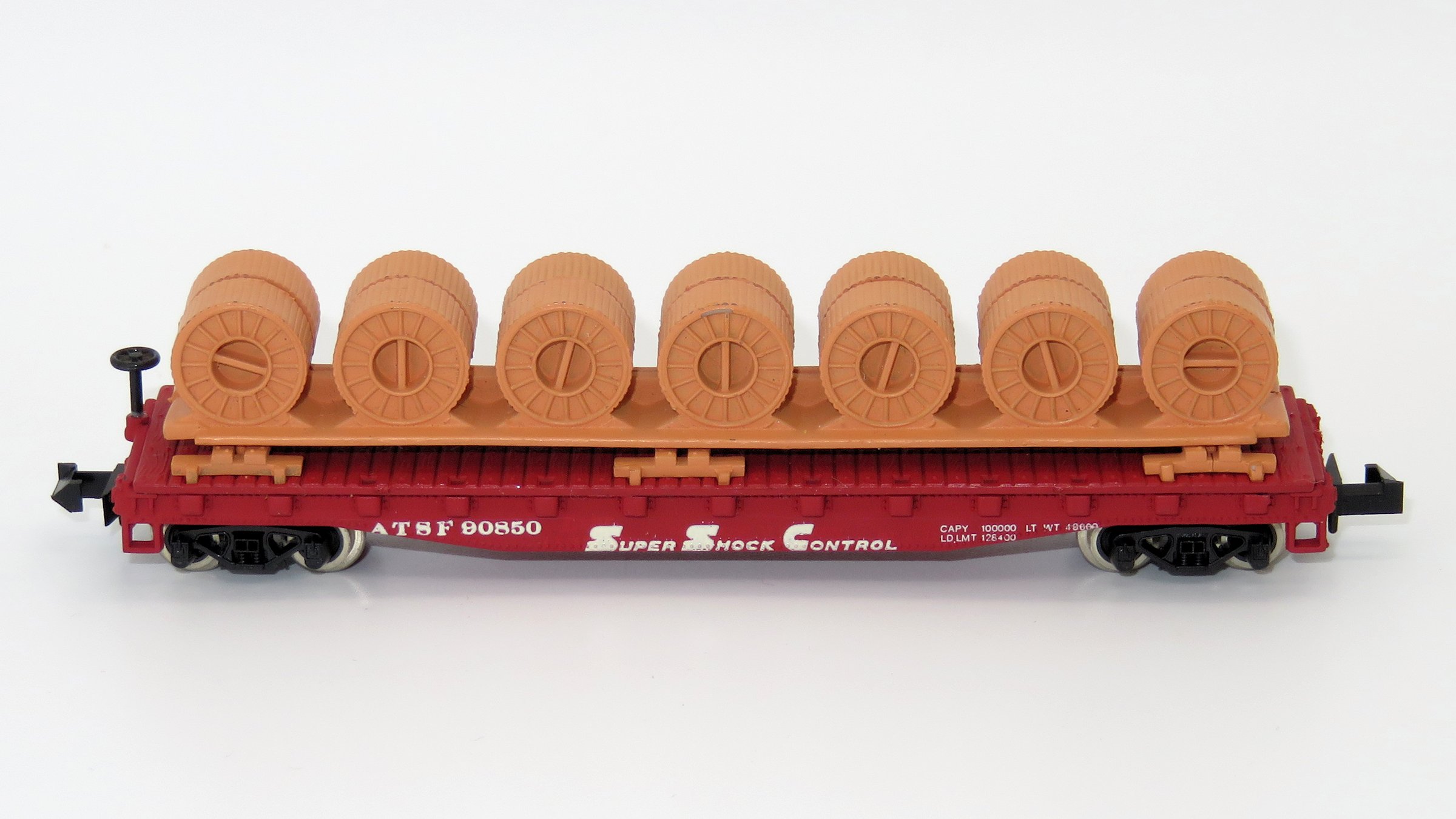 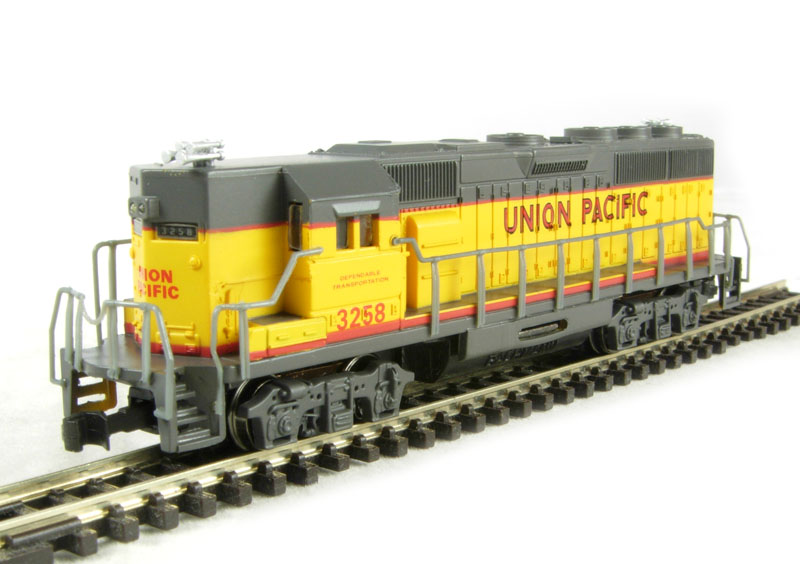 
Model Information: I first found this car in the 1972 Bachmann catalog listed as "51' Flat Car With Loads". It is listed with three different road names each with a different kind of load: Penn Central with containers; New Haven with trailers; Santa Fe with cable reels. The 1972 price was $3.50 per car.