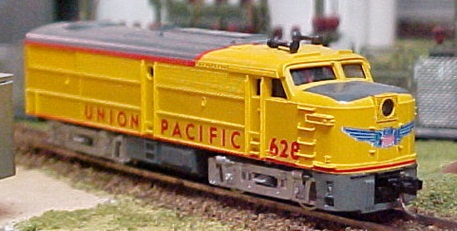 Specific Item Information: Made in Austria


Model Information: This model was originally made by Roco for Atlas and was available starting in 1978. After Atlas ceased importing them from Roco, they were released by Roco directly with their own packaging. This engine is credited as being the first N Scale locomotive with a flywheel. This feature arguably makes it one of the first '2nd generation' N Scale locomotives.