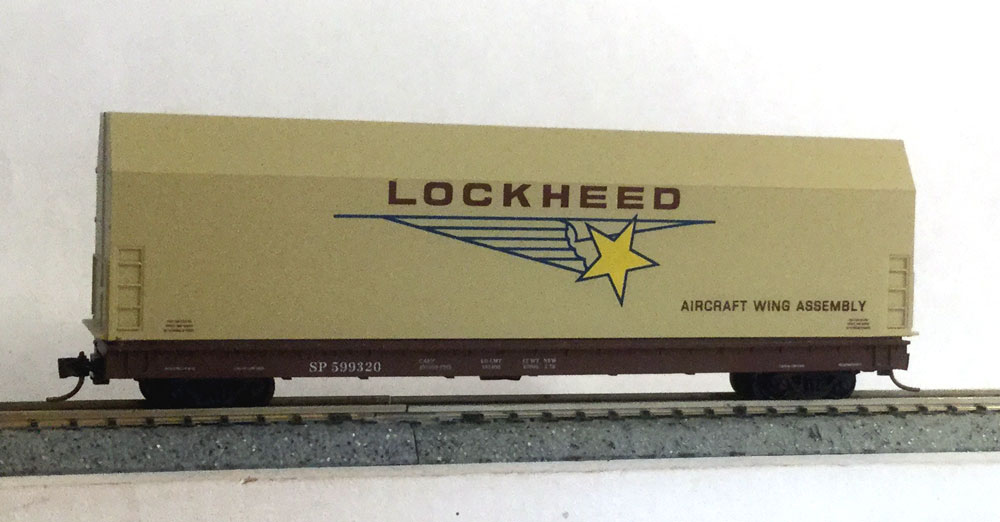 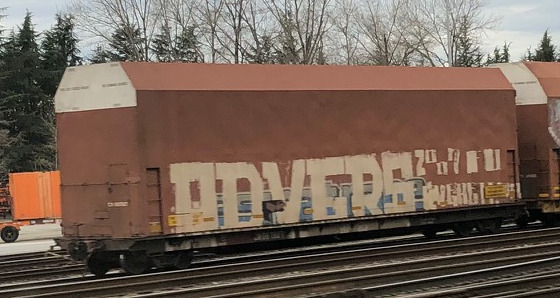 Designed to carry airplane parts, these cars were developed at the Southern Pacific's Sacramento shops in the early 1960s. Southern Pacific assigned several groups of cars to carry aircraft parts specifically for Boeing and Lockheed. These cars featured lids mounted atop the flat car that protected the aircraft sub-assemblies during transport. The Boeing cars featured tall lids with tapered roofs. The last three digits of the car number were painted on the side of the car after the letter "N" on these cars also. The Lockheed cars feature a square roof lid.