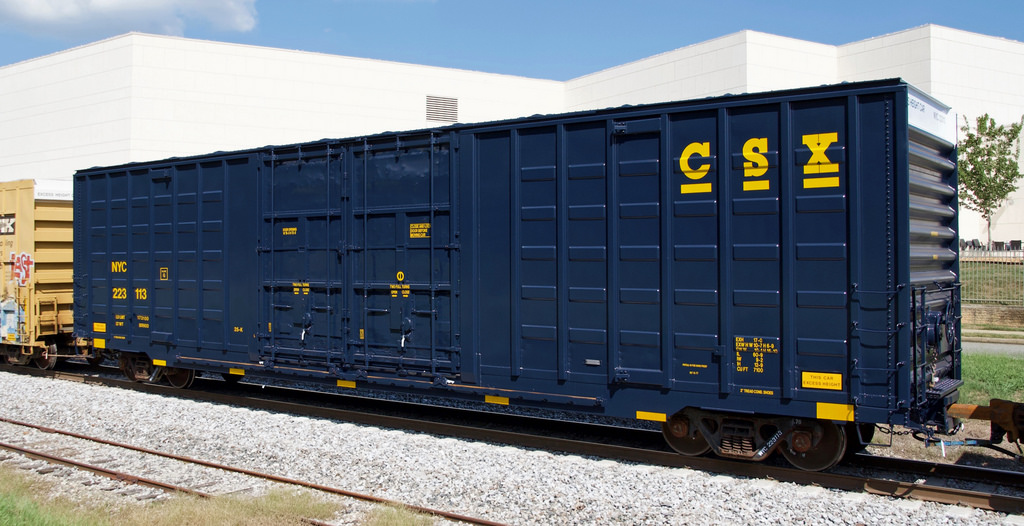 History: It was the mid 1970s, and the incentive per diem box car boom was just beginning. New, brightly painted box cars seemed to appear overnight. Many were lettered for various short lines. FMC (Food Machinery Corporation) was a significant builder of many of these cars. The 50â outside post, non-terminating end box car, became the foundation for new per diem cars built in the 1970s. The 50â FMC cars also varied in door configuration and style to better suit each customer. These cars can still be seen today at work (2017) on many ralroads.