Please help support TroveStar. Why?
At least one of these are for sale right now with a price of: $124.99 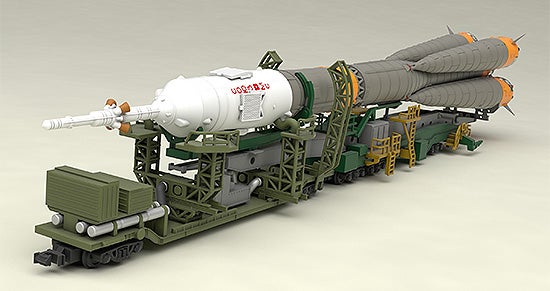 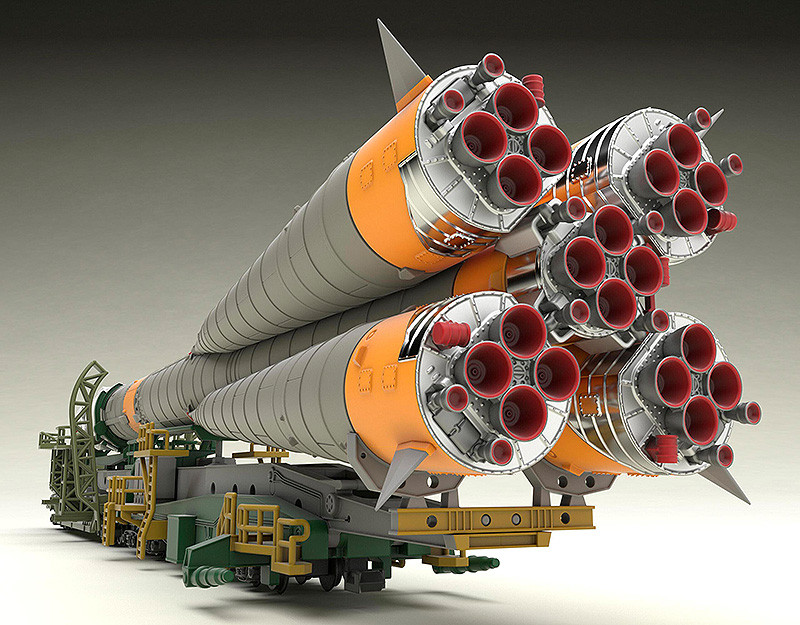 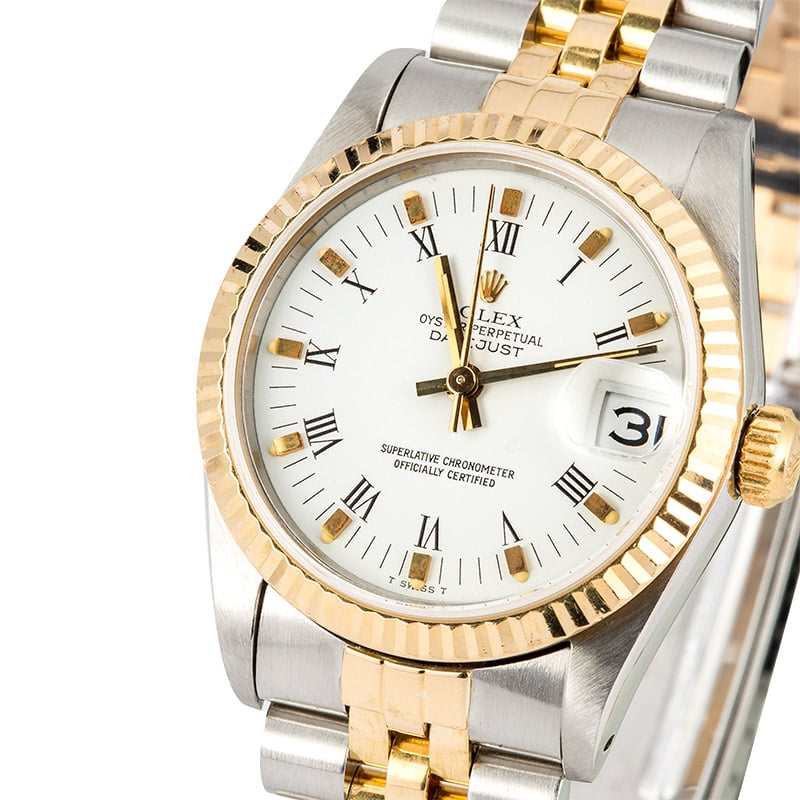 Both the rocket and train have been intricately shrunk down to 1/150th scale, making the width of the wheels just 9mm in size. The model can not only be displayed as the complete rocket, but also laid horizontally on the train during transport (wheels do not move).

The model makes use of a total of eight different cast colors, allowing for a faithful rendition of the rocket even without additional painting. All the parts are designed to connect together with ease, and decals and stickers are included. (Glue is recommended for some areas, not not required.). The model is made from molded PS (polystyrene), allowing for easy customization and painting of the finished product.

The model allows you to recreate all of the processes from the rollout all the way to landing at the International Space Station (ISS): transportation to the launch site, lift-off preparations, the separation of the multistage boosters and the deployment of the Soyuz spacecraft. Recreate the drama of a lift-off right in your very own collection with this complete rocket kit! 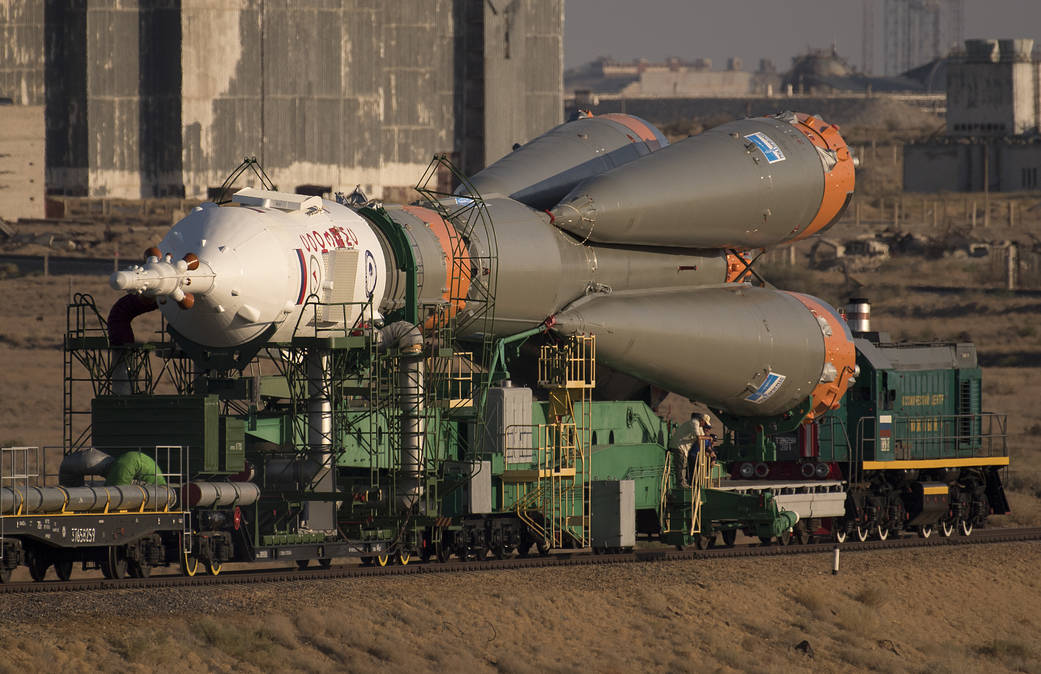 In 1961, the first manned spaceflight in history was recorded on the Vostok 1, and ever since then Russia has continued to send man into space with their modern rockets for over 50 years. One of these rockets is the Soyuz rocket and spacecraft, which is currently the only manned vehicle capable of sending astronauts to the International Space Station (ISS).
Since the retirement of the Space Shuttle fleet in 2011, the U.S. space program is without any means to take astronauts into orbit, and NASA is dependent on the Soyuz to send crew into space for the immediate future.

The Soyuz launcher was introduced in 1966, deriving from the Vostok launcher, which in turn was based on the 8K74 or R-7a intercontinental ballistic missile.

The production of Soyuz launchers reached a peak of 60 per year in the early 1980s. It has become the world's most used space launcher, flying over 1700 times, far more than any other rocket. Despite its age and perhaps thanks to its simplicity, this rocket family has been notable for its low cost and high reliability.

The Soyuz Rocket is rolled out on a special transport train designed specifically for the rocket, carried horizontally to the launch site. Once the rocket arrives on site, the rear lifts on the transport train set the rocket upright and into launch position.

Good Smile Company (ã°ããã¹ãã¤ã«ã«ã³ããã¼) (also known as GSC or Good Smile) is a Japanese manufacturer of hobby products such as the Nendoroid and figma product lines, as well as scale figures. In addition to production and manufacturing, its business includes design, marketing and distribution. Good Smile Company was established by Aki Takanori in 2001.

Here is how they present themselves:

Good Smile Company focuses on the planning, production and manufacturing of figures, toys and accessories. We work with the very best in the industry to plan out the best possible projects, backed up with advanced technology to bring the most detailed products through each and every stage of their production. The planning, sculpting and production are each checked constantly to ensure the final product lives up to the Good Smile Company name.

Beyond the careful craftsmanship of our products, there is also a team of experts dedicated to advertising and business management, who ensure that all products are released in perfect order.

In recent years, we have also started expanding into the overseas market, as well as teaming up with foreign artists to release collaboration products. We also operate an anime-themed cafe.