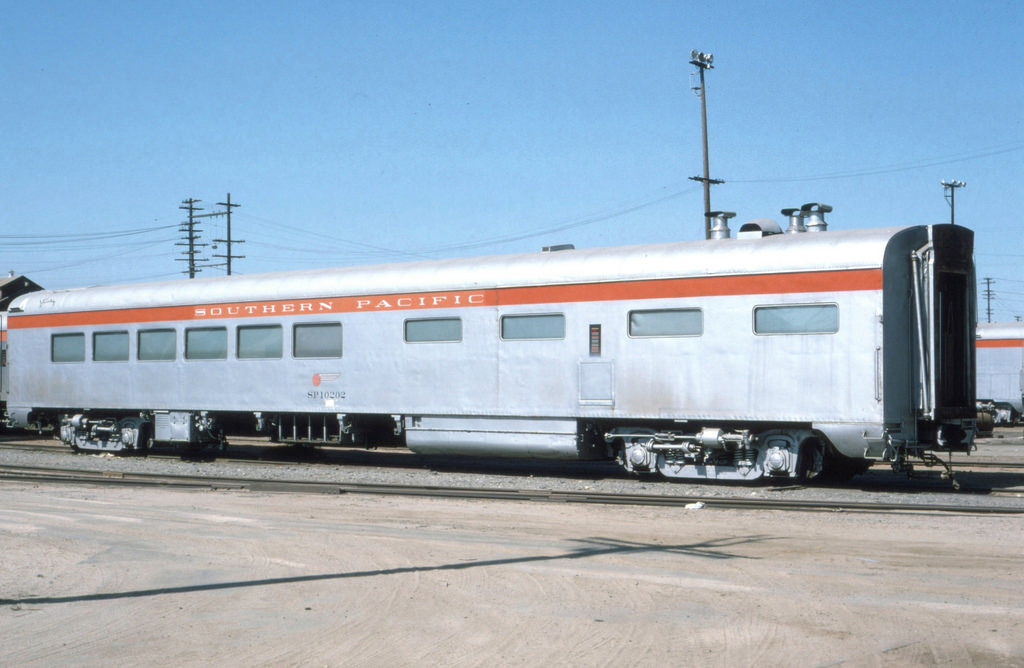 
History: In 1949, Southern Pacific took delivery of 5 dining cars from Pullman Standard. These cars were built to Plan 7579A. Four cars were delivered in the Overland two-tone-gray (TTG) scheme, while the fifth car was painted Armour Yellow and Harbor Mist Gray to match UP equipment in the City of San Francisco pool.

Pullman Standard Plan 7581 diners were visually the same on the outside, with a slightly different seating arrangement inside. SP took deliver of these cars in the striking red & silver âGolden Stateâ scheme. In early 1953 SP began repainting their Golden State equipment to the simplified silver with red letterboard âSunsetâ style scheme.