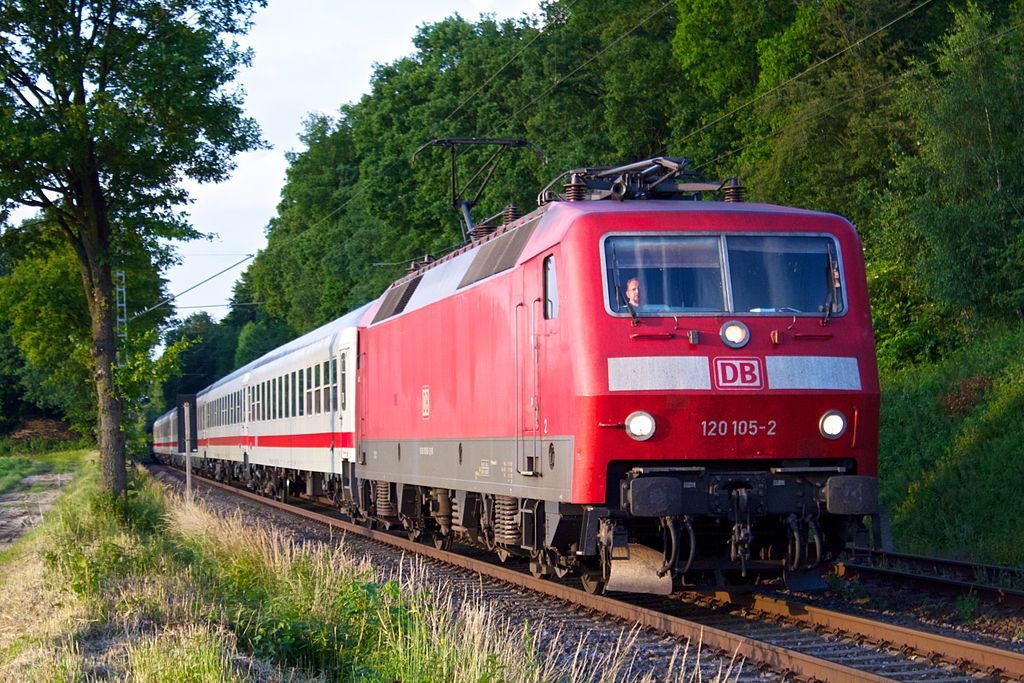 History: The DB Baureihe 120 is a class of electric locomotives operated by DB Fernverkehr in Germany. The locomotives' prototypes, delivered in 1979 (Mark 120.0), were one of the first electric locomotives with three-phase motors. They were based on experiences made in the 1970s with diesel-electric test platforms (Mark DE 2500/ DB Mark 202). In Norway, a new four-axle Locomotive, Mark El-17, was launched during 1983 with top speeds up to 93 miles per hour (150 km/h).

The design was intended to be the first truly universal locomotive, capable of pulling fast passenger trains as well as heavy freight trains. While the electric equipment exceeded expectations, the mechanical part suffered from its lightweight construction necessitated by the heavy electronics of the time.

After extensive tests, a series of 60 locomotives (Mark 120.1) were ordered in 1984 and delivered in 1986 - 1988. Original plans to build up to 2,000 machines were ultimately ended by DB's privatisation. The 120s went to DB Fernverkehr, the other divisions of Deutsche Bahn ordered locomotives that featured technologies from the 120, but were not direct successors.